I had decided to keep this website mainly for Black-Headed Gulls but again due to COVID restrictions I am not going out as much.  But unfortunately, coloured ringed Black-headed Gulls are not being sighted by me locally at the moment.  I was at Bushy Park, which I went to to investigate new a Swan Family (which turned out to be the Family from Terenure College a mile away) and spotted a Polish Black-Headed Gull I haven't seen for years. 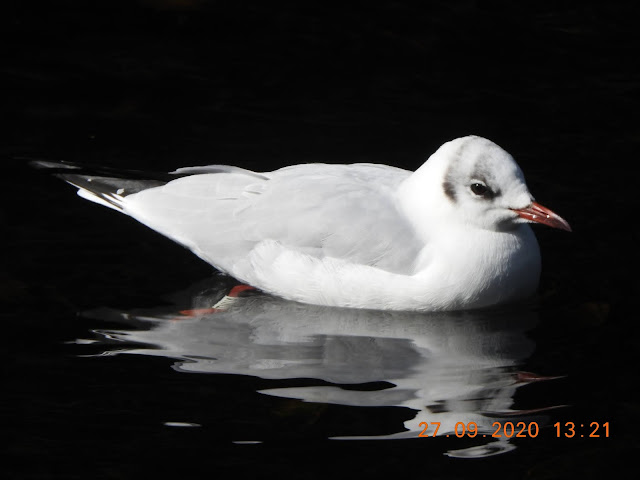 Black-headed Gull White [TUUA] was ringed in Poland, as an adult in 2016 and although I haven't seen it since 2017, it was recorded in Dublin in 2018 and 2019.  It wasn't interested in the bread being fed to the ducks, so ring photographed underwater.

Posted by Graham Prole at 04:27 No comments: