August 2013
26 August
While reading gull rings on 24th I photographed a sandwich tern on a rock just to check exposure levels.  As it happened it had a red darvic ring, My first CR Ringed Sandwich Tern by accident.  An almost instant reply from Scotland.  It was ringed north of Aberdeen in July 2011. Again I am the first to see this bird since it was ringed.
Lunch time was busy in the Park.  But Black Headed Gulls W[27H0] and a new metal ring starting with EY were read.

25 August
At Bullock Harbour again and although the tide was too high, still, three more Irelands Eye Blue Darvic Rings.  What I find fascinating was I spent a long time at Bullock Harbour yesterday, but two of the three rings I saw today were not present yesterday.  Also, yesterday one of the Great Black Backed Gulls I had not seen before.

At last an ISLE OF MAN RING!  HERGU T5VZ  Great afternoon ring reading in Bullock Harbour. Total of 9 Coloured Rings and two metal rings read.  One metal looks interesting as it starts HT which I haven't seen before.
So, what is the Isle of Man Gull below?  Bill too thin for Great Black Backed, very pale compared to the other Herring Gull but still a possibility, narrow pale tips but I initially went for Lesser Black Backed Gull and was incorrect.  Juvenile Gulls can vary in size and features.  However, Killian M. and Aidan K were fairly sure it is a Herring Gull, and the Ring report confirms this.  I am the first to see this bird since it was ringed.

17 August
Bray Harbour was quickly scanned today and a Gull with a ring.  A Herring Gull 0JH.  Ringed in July 2010 on Irelands Eye. I last saw it June 2012 at the exact same location.  I also did Bullock Harbour and Tymon Park (Hundreds of Gulls) without another ring. However, the interesting thing today was that BLHGU W[27H0] has also been sighted roosting at Sandymount.  I rarely find out where individual Gulls Roost.

12 August
Lots of Gulls at Howth on Sunday 11th but only 1 Great Black Backed Gull with a Blue Darvic 2KU.  2KU was the first GBBGU I ever read!  Also read a Herring Gull with a BTO Metal Ring .  Fairly sure it isn't one of the metal rings used on Irelands Eye so awaiting report from BTO.  Read a few Med gulls rings on Sunday afternoon, but back to Sean Walsh Park at lunch today and E5VA and 27H0 were among the 300 gulls. 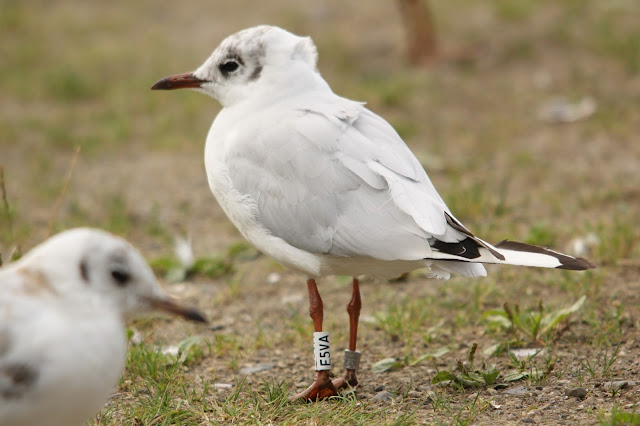 10 August
The Juvenile Black Headed Gull 27H0 was also present on the 7th + 9th in Sean Walsh Park.  It may stay around for the Winter.  I was also in Tymon Park, Spawell on Friday where there were 80 Black Headed Gulls and two had Metal Rings.  Managed to read one of them - another SW7 ring. Today I read my first Oystercatchers coloured Rings on Sandymount Strand and St Benildus School turned up two new coloured ringed Med Gulls.


06 August
Reading  CR rings is what I do, but it is always better when the bird is observed on your own patch!  In my case Sean Walsh Park.  So today when I observed a new Black Headed Gull Juvenile with a Darvic ring in Sean Walsh Park it counts as a very good day.  The Black Headed Gull is from a project over a number of sites in Gloucestershire and Wiltshire but it only took an hour for a confirmation, thank you and full report next week email! My thanks to John Wells for the rapid response!  For every 50 trips to SWP I get 1 new ring on average! 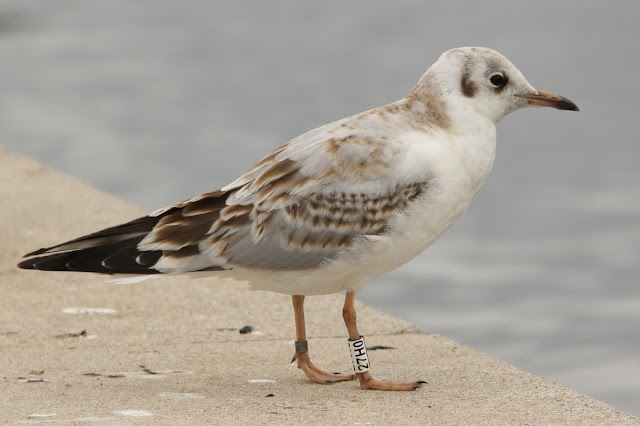 E5VA was also present today.  It is interesting how white E5VA' head has become in such a short time. 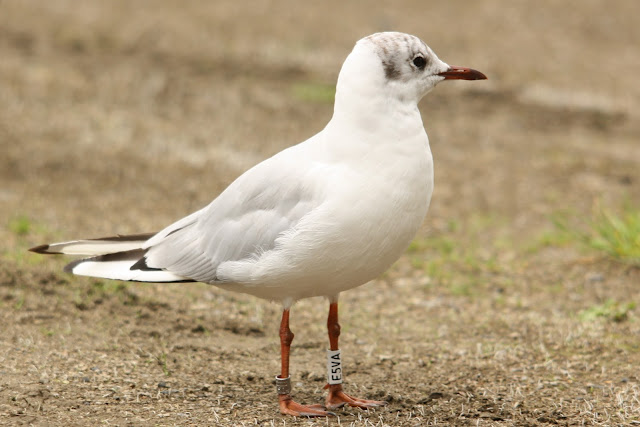 05 August
Checked a number of flocks for Black headed gulls but only occasional metal rings observed and no coloured rings.  I did however see three coloured ringed Med Gulls in St Benildus School.  The Med Gull from the Czech Republic, seen on Saturday wasn't observed but the following three birds were! 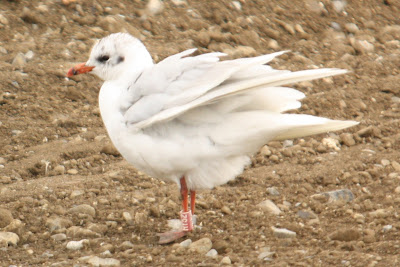 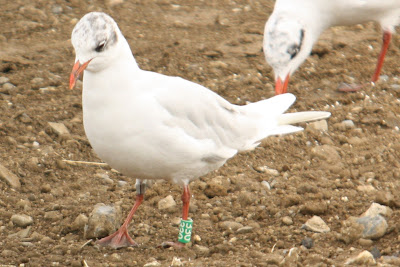 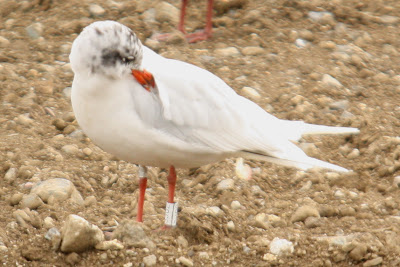 03 August
Took my boys to Bullock Harbour in the afternoon to go rock hopping!  I got a bit of ring reading while we were there. The Scottish Great Black Backed Gull was still around 1A9:C.

There were also three Irelands' Eye Great Black Backed Gull with Blue Darvic Rings. 1KH, 1TC & 2LA. (and a few hundred others without rings).  We finished our outing at Sandycove where the German Mediterranean Gull AKAJ obliged by showing well.  I also continued with my reading of all the metal rings. It took nearly 60 photos of this Herring Gulls legs to get  the last digit, only to realise it ended with 44 and I had all the digits after 4 shots!
Stopped in the morning while passing St Benildus School in Stillorgan, Co Dublin and my first CR Bird of the month is a med gull from the Czech republic.  A bird from the Czech republic is a first for me!