Time for an update!  Nest reports are coming in from Wicklow and they have been added.  There are still many Golf Courses to check.  42 nests is well down on previous years.  I think the snow took it's toll.

30/05/2018
Last nest checked tonight was the one beside the Aviva Stadium.  5 Cygnets are all hatched.  Female still on nest with young under wings for protection.  The male was ringed as a Juvenile (5) at Naas Ponds in 2015. 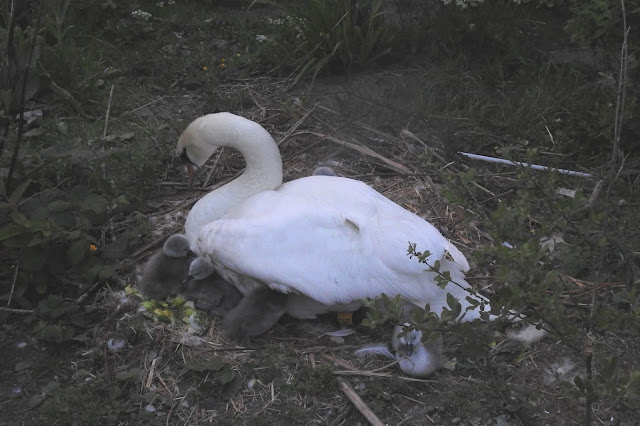 30/05/2018
Nest Tymon Park Spawell has hatched.  Apparently it was earlier in the week. 6 cygnets 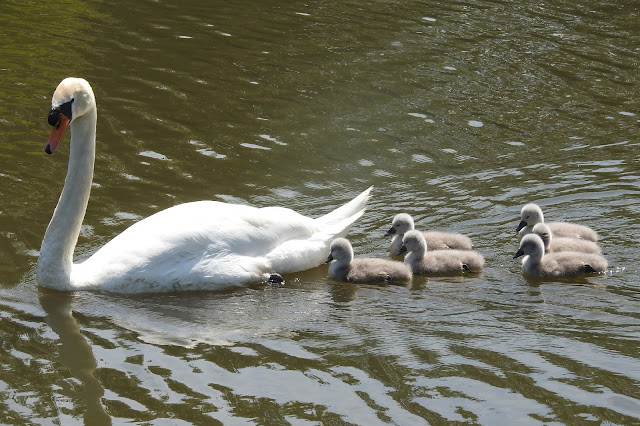 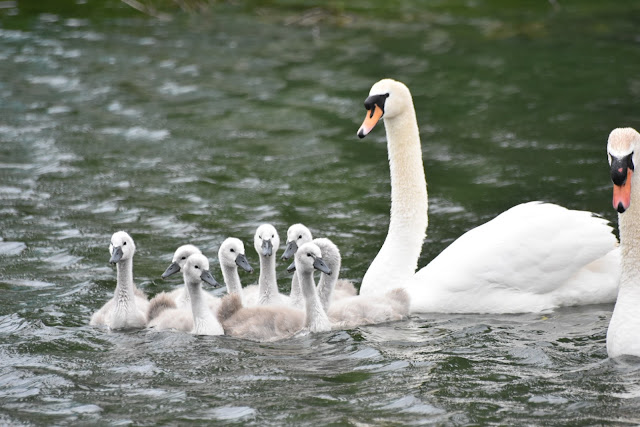 28/05/2018.  Bushy Park last week was unusual.  There were 5 cygnets on the lake with the Cob.  The female was still on the nest.  Just received report from Mary F that there are 9 cygnets on the lake.  First clutch of 9 this year.

26/05/2018 - Received news last night that the Peoples Garden nest in the Phoenix Park has hatched - thank you Julia for the news of 7 Cygnets
The nest in Poppintree will still be classed as failed, but the eggs did hatch.  Not sure what happened to them but here is the Newspaper Cutting - Thanks Vincent 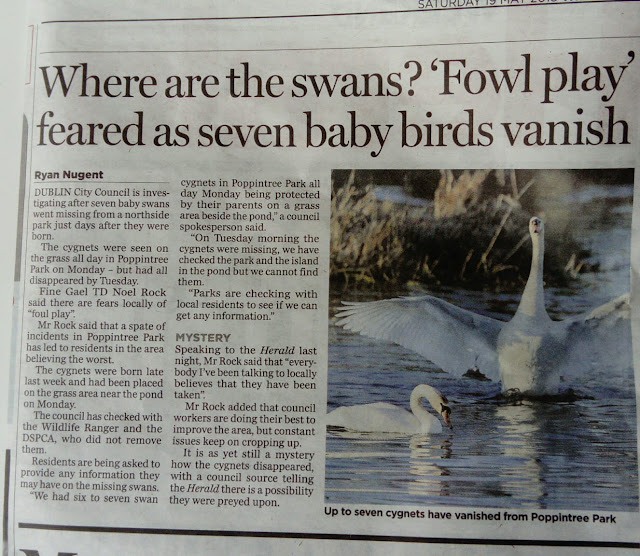 25/05/2018 - Corkagh Park - Hatched
25/05/2018 - Maynooth Harbour - 8 Cygnets - Not even on the nest list!
Having investigated the Naas Canal Basin further, the status has changed from Success to failure.  The pair beside the nest with 1 cygnet is not the pair from the nest.  The pair which nested there have no cygnets


The following is the list of the Mute Swan Nests this year that are being observed.
DN - Dublin North, DS = Dublin South and KE = Kildare

There the Swans are colour ringed, the codes are in Yellow.  The date is the last record in my diary.
Currently the BTO nest recording site is temporarily closed, I will update over the coming days when I have cross referenced a few dates and Tags. 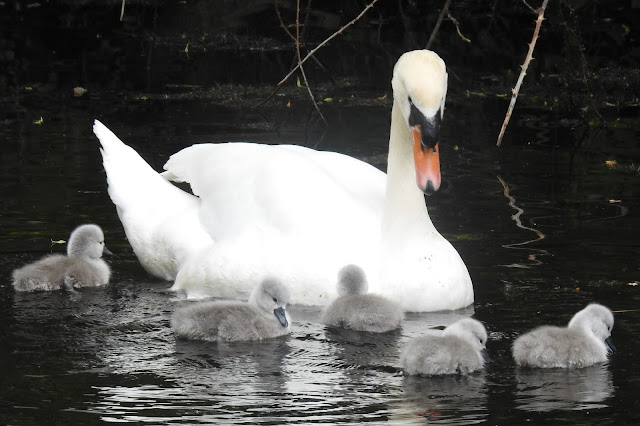 Posted by Graham Prole at 14:20 No comments: