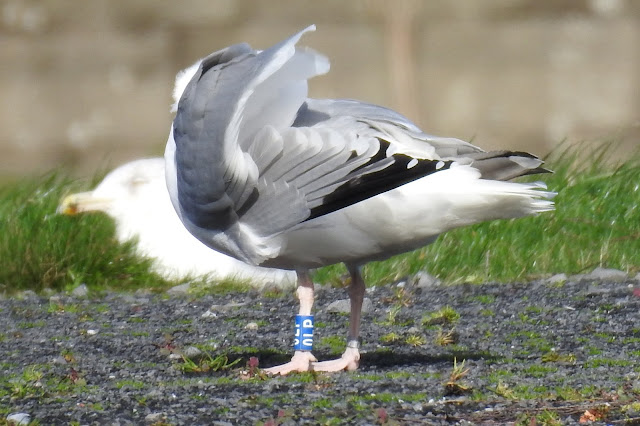 It is only February and already the first Swan egg has been laid!

CABA nested in Tymon Park in 2015 and with CAAT and successfully raised cygnets.
In 2015 CAAT was killed (in a territorial dispute).
In 2016, CABA nested with an un-ringed female at a different location in Tymon Park, and although cygnets hatched they were all gone the following week.  CABA and an un-ringed female (could be the same one) are in a new location 6km away.  Nest Record Card already started!

Black Headed Gulls
The increase of my sightings of Norwegian Black Headed Gulls, I believe, is down to the increase of Coloured Ringing in Norway.  Their reporting system, which gives the reporter instant access to life histories, but does not require individual replies, allows the ringers to colour ring in large numbers without being inundated with sightings to reply to.  However, I am still the first person to see J5TZ in Ireland. 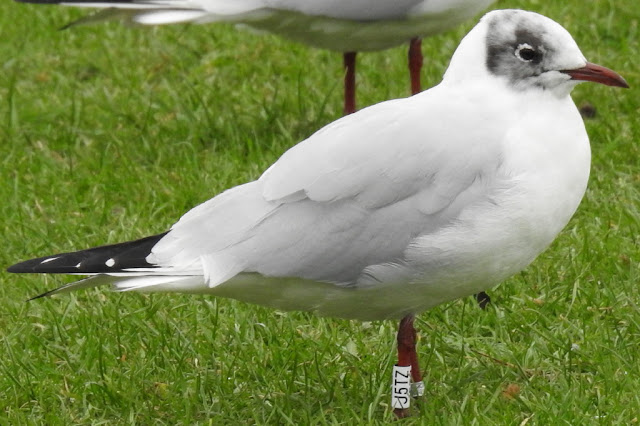 With the Great Black Backed Gulls there have been two interesting sightings.  1PH is a code that would have been used in 2012.  I didn't know the code had been used until an adult was photographed at Howth

The Great Black Backed Gull 1JK was not reported at all last year but has turned up this year.
Nice to know it is still alive. 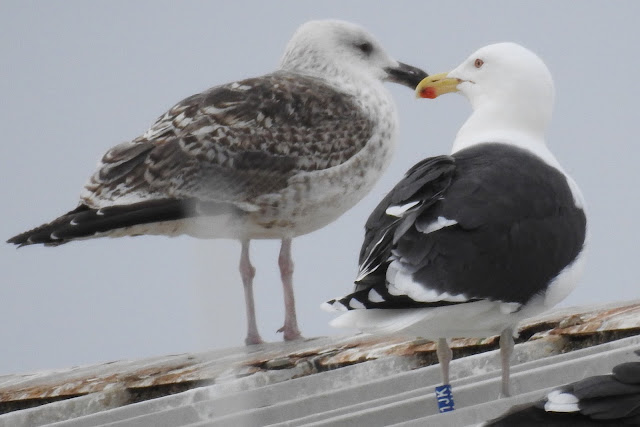 I am not ring watching at the moment due to small injury but I am so lucky that other fantastic observers are sending me in reports of their sightings.  I also got this superb photo from Michael Linehan today of our project Swan CAPX taking off at Broadmeadows, Swords.

Posted by Graham Prole at 14:40 No comments: