At Bray today the Swan numbers were up to 50.  There was a metal ringed Swan I had not seen before, but discovered later it was only ringed last month.
At Dun Laoghaire, there were Mediterranean Gulls.  There have been 30 ringed individuals recorded in July already but I've only photographed 10 so far.

At Sandycove there were Mediterranean Gulls and RE8T was new to me.  The schemes are so prompt at replying, that by the next morning I have the life histories.  It had been seen a couple of times in Dublin last year.

However my bird of the day was my first Black Headed Gull of the Season.  W[27H0] was back in Sean Walsh Park from the UK. 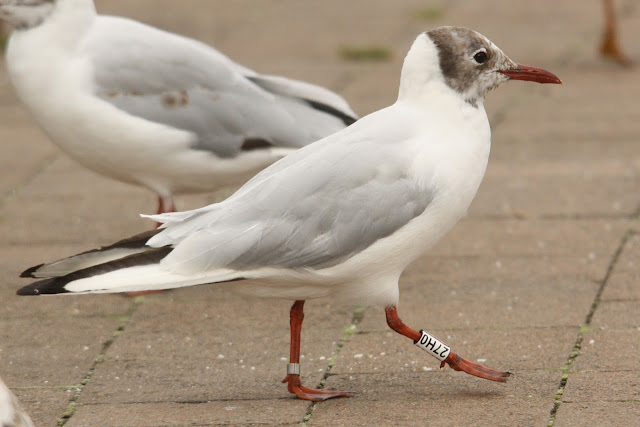 My holiday in Kerry allowed me to watch birds I don't get in Dublin.  No rings to be seen again this year. 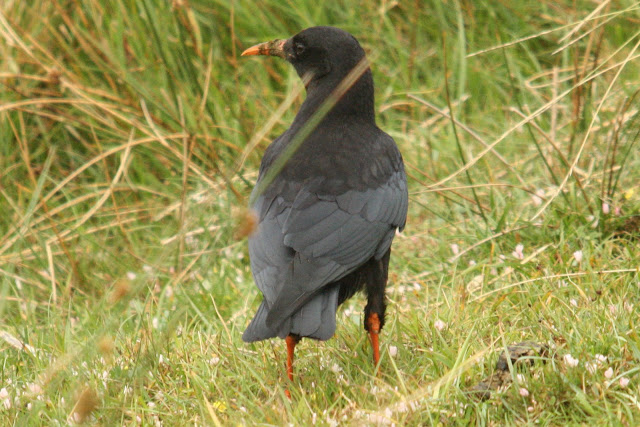 I came across a moth that I didn't recognize.  Orange under wing.  So I took out the moth books and I am still none the wiser.  If you recognize it, please let me know!!! 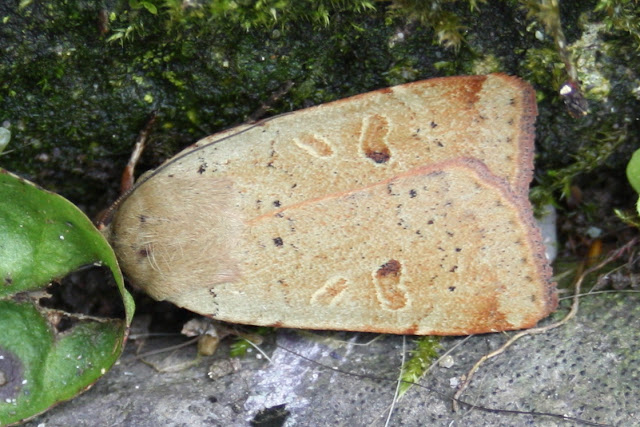 Holiday time and I was on Valentia Island in South West Ireland.  I am no expert on Gulls and this location always tries me.  There are no rings on any of the hundreds of Gulls so my time is spent often looking at the individual birds, all at different age and at various stages of moult.  Many of the Herring Gull sub Adults are so much darker than the ones I see in Dublin 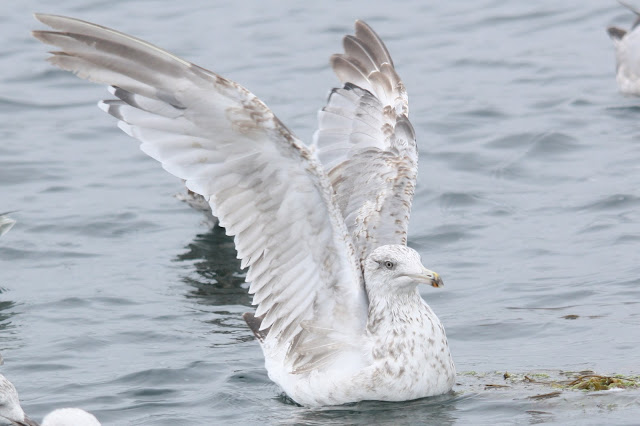 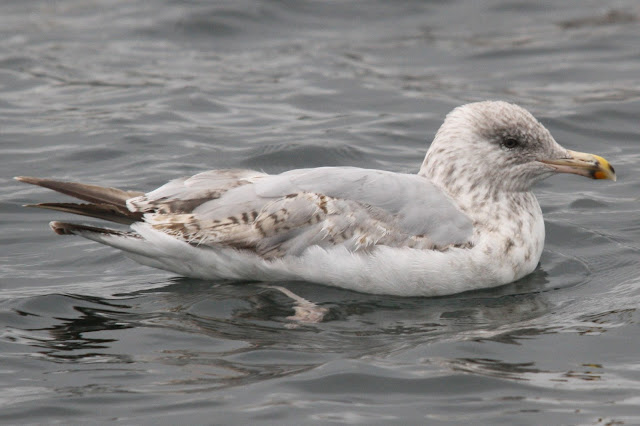 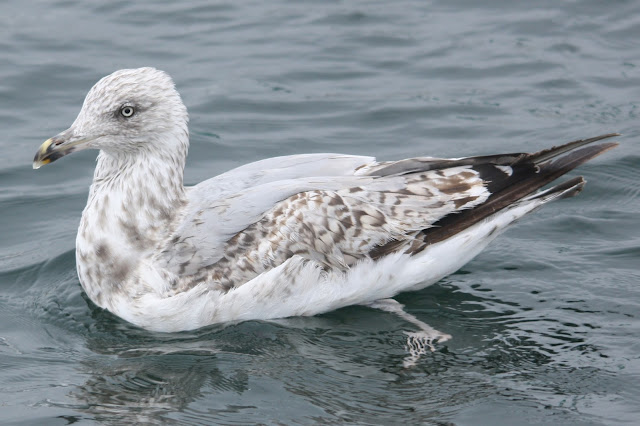 I have seen no coloured ringed Black Headed Gulls so far this season, so this morning I went to Howth Harbour to see what was around.  I read 11 rings in total between Great Black Backed and Herring Gulls.

Herring Gull 0LT was new to me but judging by the ring sequence, although an adult may have been ringed recently. 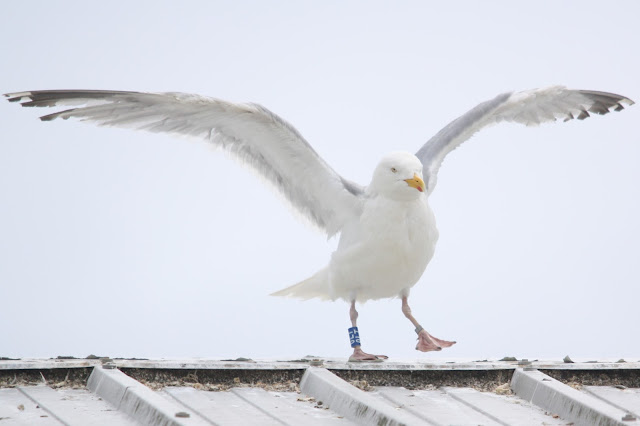 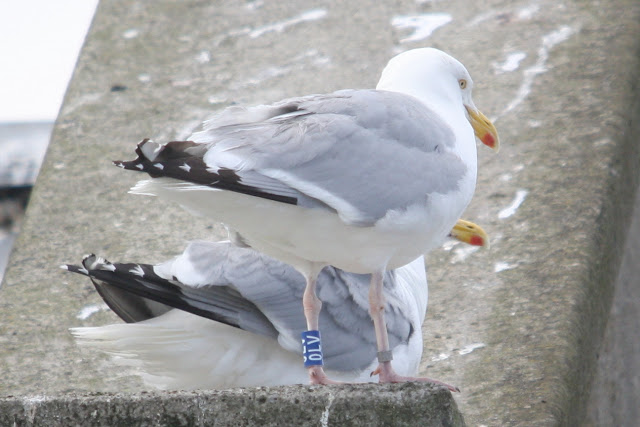 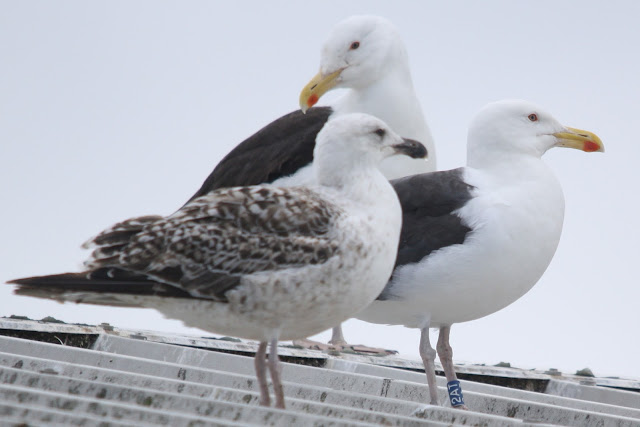 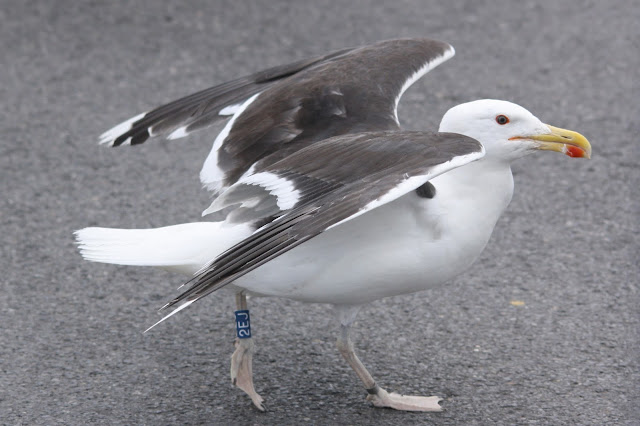 However this was my bird of the day.  It appeared only briefly.  Great Black Backed Gull 3HE is a 2013 bird.  It was also a first sighting for me. 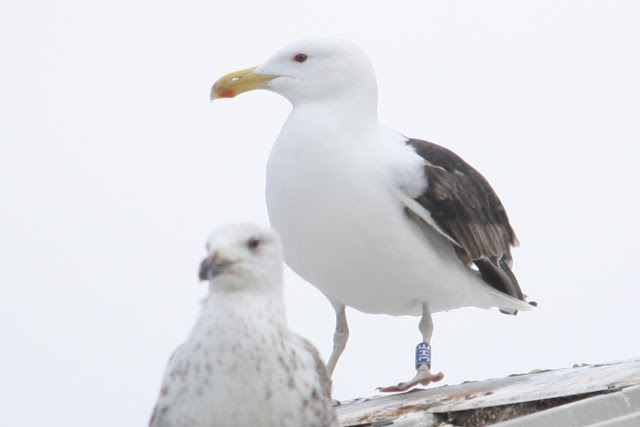 Great Black backed Gull 3JU is a 2015 Great Black Backed that has appeared quite regularilly at this location. 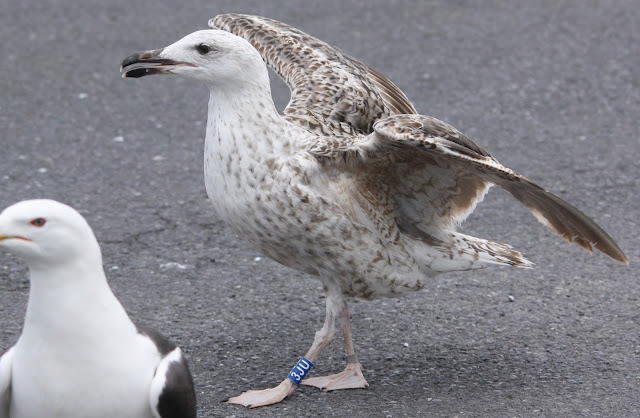 At Sandycove, Dun Laoghaire there was a big rowing regatta on, so all the Mediterranean Gulls had been displaced due to the crowds.  I found a few at the base of the East Pier and two were coloured ringed.  Both had been colour ringed in Dublin, but one has been observed in Portugal and the other in France.

A quick check at Sandycove this morning and there were 29 Mediterranean Gulls and 5 were coloured ringed. They were too far out and standing on Seaweed covered rocks to read the rings. Evertually a Great Black Backed Gull moved them and I read 4 rings.  A Med with a Red Darvic ring escaped my camera by flying out to sea.

However bird of the day was a Mediterranean Gull 3KPT!  I had not seen this Dutch Med before.  In fact it was only seen once in Dublin before 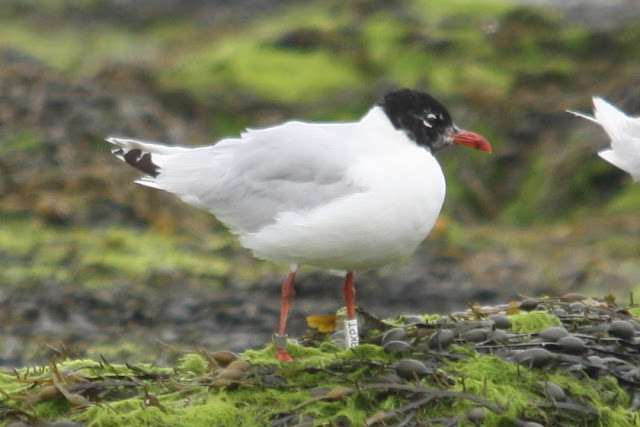 The number of Black Headed Gulls has shot up from 9 yesterday to 36 this lunch time, including the first juvenile of the year.  However these are probably just passing through 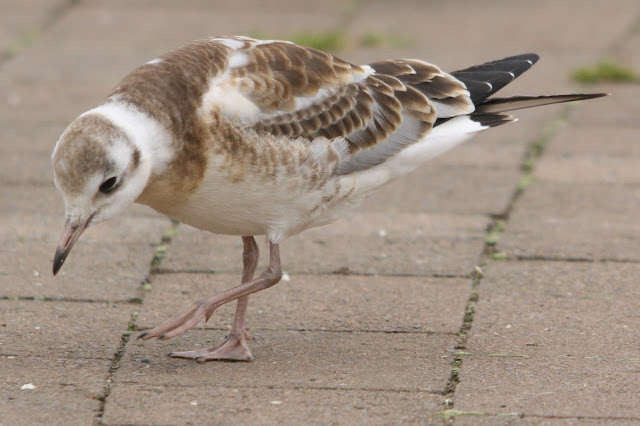 
The first few Black Headed Gulls have been seen in the Parks of Tallaght.  No signs of any rings yet to work out where these are from.