The Swans are back on the Canal and the numbers are starting to build.  However some one dropped a pack of raw sausages and the Swans fought off the Gulls which had ripped open the packet and took them to a deep spot in the middle of the canal out of depth range of the gulls.  They then, at a leisurely pace ate them all!  Diving down bringing them up and biting off a piece at a time.  I have seen them eat Frog Spawn and small fish.  I never thought they would eat raw sausages with such gusto!!!! 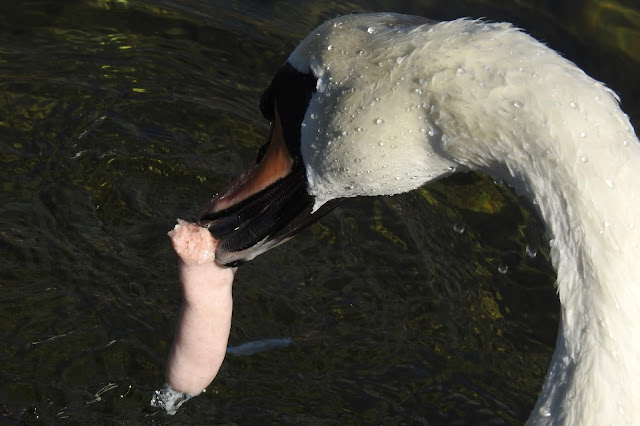 I spotted a CR Gull on the Crumlin Road while heading for the Canal to do a count.  It was 217:D.  This is a regular at Bullock Harbour, but that is 14km away.  It just shows the range these gulls have when foraging! 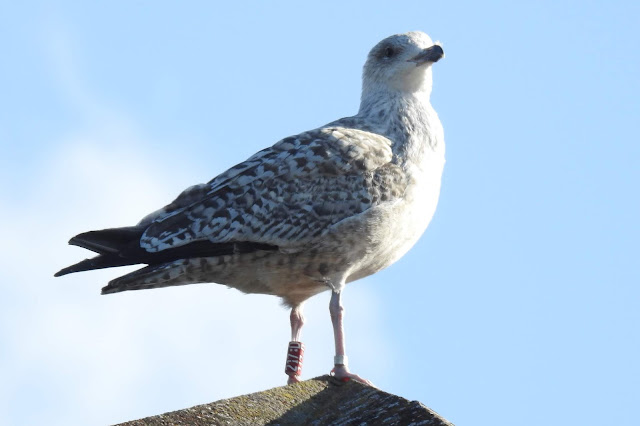 On Booterstown Strand only 1 CR Blackheaded Gull recorded!  Polish Yellow T9PC.  Unable to enter it on the Polish website due to "New Server"

Nice to see 6456000 back in Sean Walsh Park, looking very much the adult Bird.  Still running around my feet like a Juvenile!

A short stop as I was out near Howth and there were Gulls every where.  In 30 minutes in recorded 10 colour rings. Red 932:D from Lambay Island was the among the best! 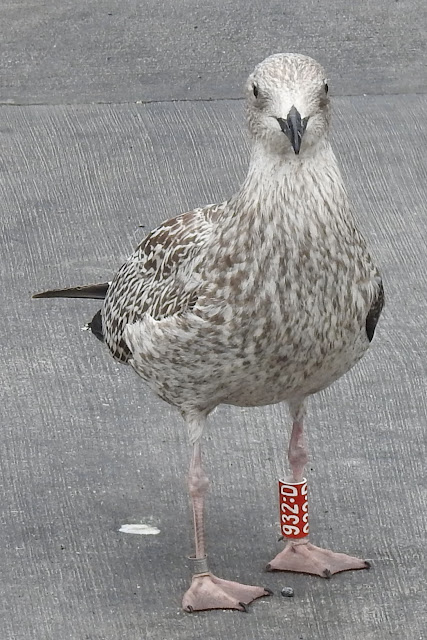 548:D FRom Irelands Eye.  There is always one or two that stay local!  544:D is already in Wexford 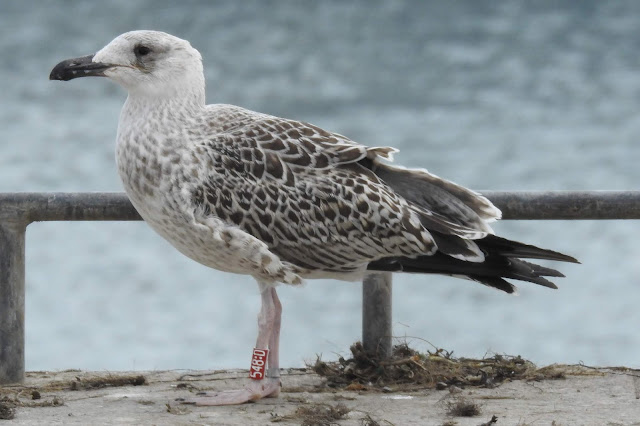 
A early evening trip to Sandymount Strand.  But the tide was dropping too fast and dogs were ensuring that the birds were moving out just as fast.  There were some Black Tailed Godwits about and my old friend RO-OZ was among them!  First sighting of the season by anyone.  Ringed in Iceland in 2015 as an adult I spot it regularly.  However, Iceland does not record observers initial on the sighting reports, so I don't know of the 16 Dublin sightings how many are mine!


I moved on to Seapoint where the Mediterranean Gulls roost in the evening and sure enough there were a few.  Two with Coloured Rings including this French individual RU94.  Ringed in 2014 and a regular in Dublin, but it appears I haven't seen it before. 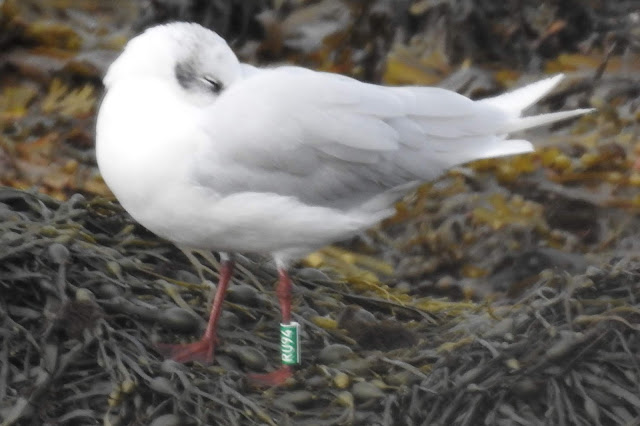 Posted by Graham Prole at 03:42 No comments: