July 30th evening
Trip to Bullock Harbour on the way to a club tern watch evening and  photographed a coloured ringed med gull (and missed one) but then I got my first foreign Great Black Backed Gull, ringed in Scotland!  Horse Isle, Ardrossan, Ayrshire on 1st July 12 to be percise.  Many thanks to Iain Livingstone in Scotland for his speedy response.  Once again I am the first to observe this individual.


July 30th morning
The day started very well with a metal Ring in Sean Walsh Park - a Black Headed Gull with a new style Denmark Ring, instead of just numbers this one was 6J-4103.  Then at lunch time E5VA turned up as it hasn't been there on the last 7 trips. 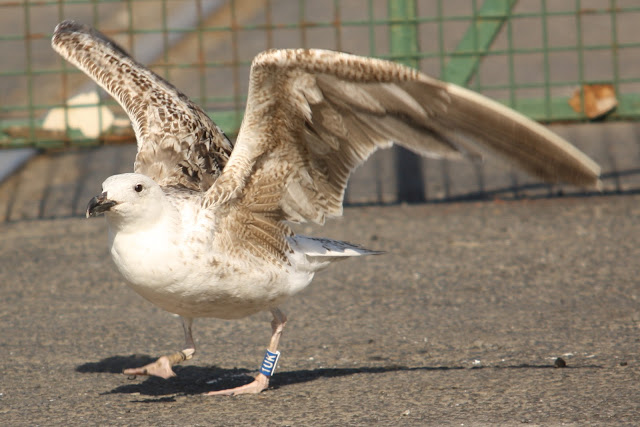 Howth Harbour was interesting today as so few Blue rings compared to earlier in the month, was the low tide a factor?  I read 5 GBB darvics and 1 Herring Gull darvic.  So I spent a while and some bread reading the herring gull metal rings. Most seem to be ringed by CH from the number sequence, how ever one was the old style ring with just the BTO postal address and no website.  The bird may be reasonably old - it might not, it could have been ringed some distance away, I'll have to wait and see.

July 27th
July has been frustrating with only 1 coloured rings in the Tallaght Parks and its not about at the moment. So many metal rings are proving hard to read.  I read ES4**** which I think will be ES45066 back from Pockthorpe in the UK and this BHG ST2827**? among others but all incomplete readings.  I at least know that this Black Headed Gull is from Helsinki! 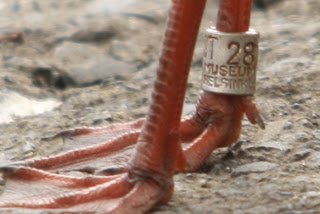 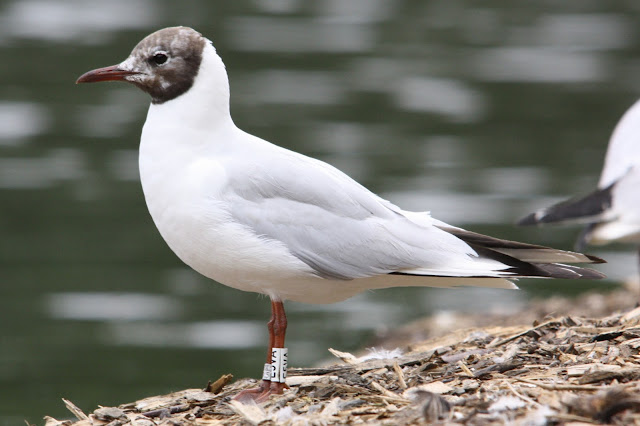 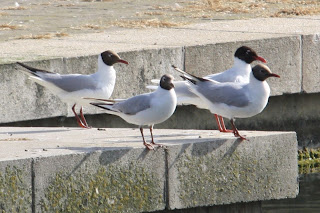 July 10th
First metal ring in Sean Walsh Park was a BTO ring but bird wouldn't land for more than a second!  ***9607.  I would have expected this, that the first Black Headed Gulls were from the Irish Colonies.......but, the second seen that day was Swedish 62145**.  So the first of the Scandinavian Gulls are back in Dublin (and probably wondering what has happened to the weather.  It was 27 degrees today in Dublin).  For us this is a heat wave.

There were no Black Headed Gulls in Sean Walsh Park on Monday 1st of July,

The temperature was above 20 this week so the parks are so full of children and dogs so it is hard getting the Gulls out of the water, so no rings yet, but I didn't get one last year till the end of August

July 2nd
At Bray Harbour tonight, no rings on any of the Gulls but read a few Mute Swan rings.
Went to Bullock Harbour next, where three Great Black Backed Gulls were sporting Irelands Eye Darvic Rings, however, the highlight was the first Juvenile Black Headed Gull of the year for me.  As I don't have any breeding near me, I don't get to see them till winter.

Posted by Graham Prole at 15:45 No comments: