Ring reading is still concentrating on Swans.  It is basically "POKEMON GO" for Swans.  I am above 140 individuals resighted.  However today while rechecking the flock on the Grand Canal I was checking out the Grey Herons and spotted one of my Clubs orange rings!  My first sighting on the Grand Canal.

Still concentrating on the bachelor Herds of Swans, while I can, as they are moving off the canals and will be gone by May.  As of today I have recorded 129 Colour Ringed individuals out of a target of about 300 before September ends.  From now on it gets more difficult.

While at Bray reading Swan rings I am always on the look out for colour ringed Gulls and today I spotted briefly another of our Red Rings!  120:D is from an Urban nest in Dublin, again it is a first sighting. 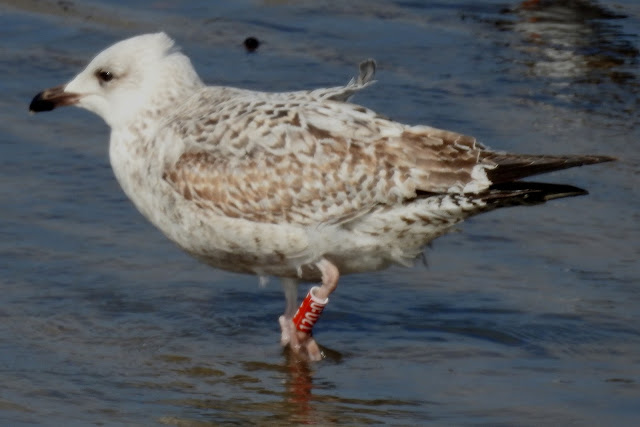 It is all about Swans at the moment, but the long staying Scottish Herring Gull is still present in Sean Walsh Park most days 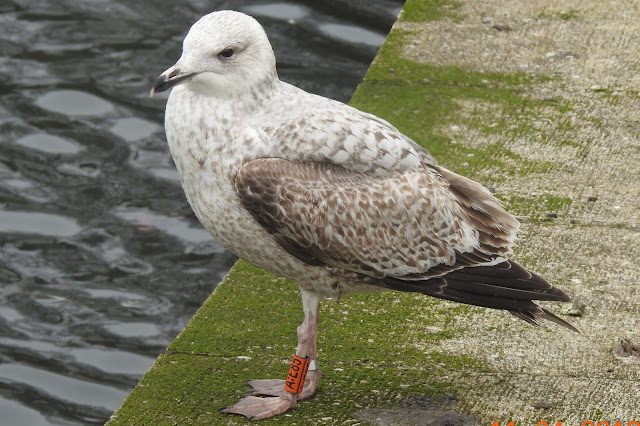 I was off work today so went to Swords reading rings.  Glorious day and also ringed 8 new Swans and 2 retraps.  With a friend Tonya we went to Howth Harbour wher we read 12 coloured rings on large Gulls including 4 of our red rings.  Excellent result. 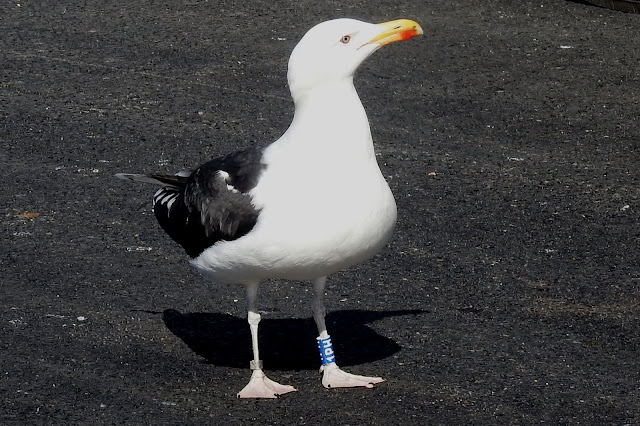 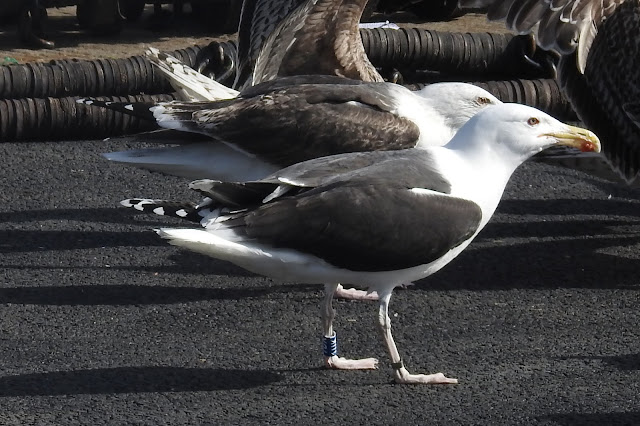 After Howth we went reading Swan Rings in Parks, as an added bonus we recorded another of our Red Rings in Blanchardstown.  Another first sighting of an Irelands Eye Herring Gull. 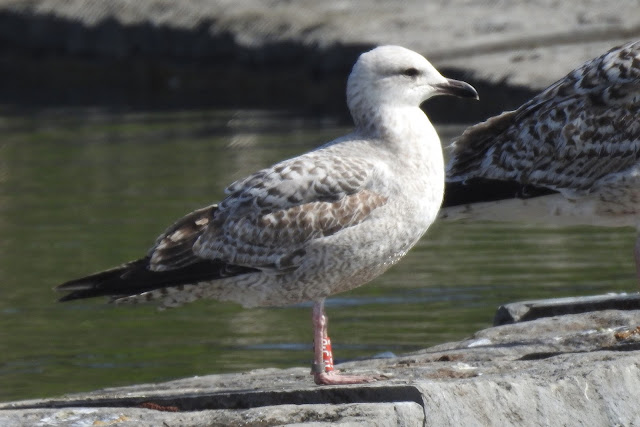 So another season is starting, although the Swan nesting is very late this year.

Day 2 of the RAS and recording Swans in Bray Harbour.  Just as I was leaving I spotted one of our Gulls!  005:D was ringed on the roof of the Dáil.  It was last recorded at Grangecastle Business Park 26km away in January!

Technically RAS stands for Re-trapping Adults for Survival, however to me it stands for Re-sighting Adults for Survival.
From April 1st to Sept 30th I try to record one sighting of each colour ringed Swan.  There are over 400 of them scattered over 1500km.  I start with those still on the Canals, as many of these will be gone in the next weeks to either start nesting or to Coastal sites to start their summer moult.  Numbers on the Canal have dwindles in the last few weeks from 86 to 40.  On day one I recorded 34 coloured ringed individuals.

I watched the Swan courtships and one pair have gone further and built a nest!  They are 3 year olds, a bit young to nest but 3 year olds have been successful so I opened a new nest record for the pair.

In the adjacent green space of Ben Madigan Park, one of our Herring Gulls has returned.  Unrecorded at this location for 6 weeks. 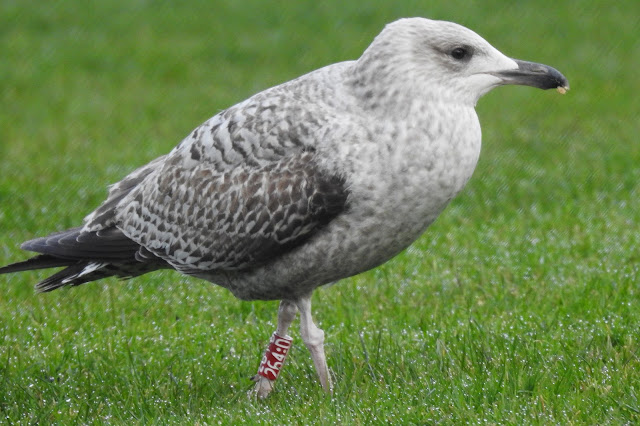 Posted by Graham Prole at 14:53 No comments: