Today I started in Bullock Harbour, no rings.  Sandycove - no rings.  Dun Laoghaire - No rings. So I went to Booterstown Strand to read some oystercatchers.  I also read a med gull I haven't seen before.

It is so mild for winter, with day time temperatures reaching 10 degrees.  The Black Headed Gull numbers are fluctuating in the park from between 200 and 1,000.  Today the numbers were around the 250 mark but there were 2 coloured rings.  E5VA from Holland turned up again as did 27H0 from England.  Still waiting for many of the annually seen Gulls to make an appearance.

It has been a quiet month for rings, mainly as I have been focusing on my swan project.  However today I went to Sandycove on the Dublin coast.  The only Colour ringed bird I could find was a Med Gull.  This Dublin ringed Mediterranean Gull is now known to be nesting in Germany. It is amazing the data that can be collected by colour ringing. 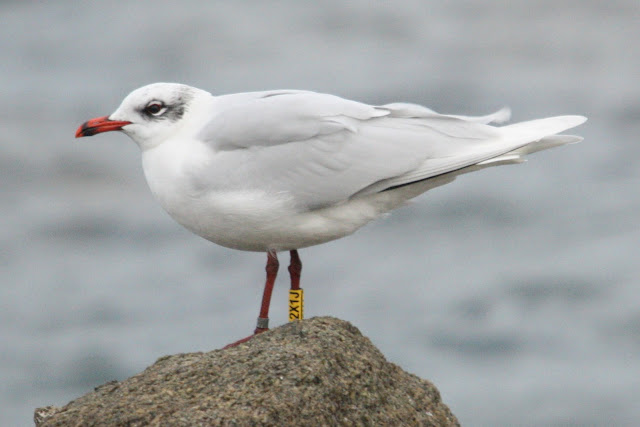 Today I went first to Fr Collins Park and read some swans.  Only 4 Cygnets present so one has possibly moved on.  The off to Howth, where 4 CR Herring Gulls were recorded and one Great Black Backed Gull.


My Bird of the day was a Swan with a Richard Collins ring.  I got --806 last week so delighted to get the full code.  Haven't seen it before so it must be recently ringed!

I was planning to go to Tymon Park at lunch time, but decided to try Sean Walsh Park yet again .  I spotted two Black Headed Gulls with white rings on street lights.  The first was 27H0 from England that is present most days,  The Second was White[E5VA]! A welcome return of this Dutch Black Headed Gull. 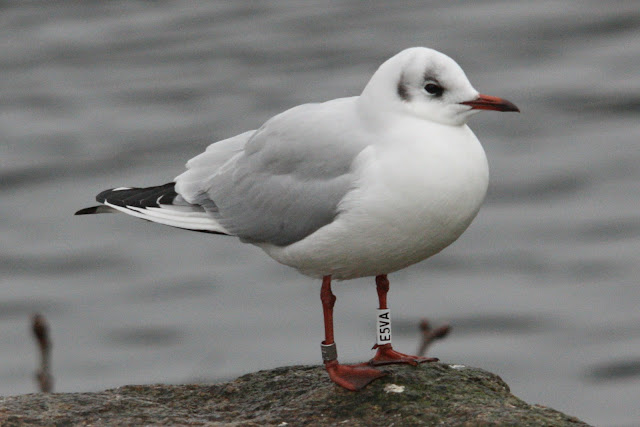 Having first observed it as a Juvenile in January 2012, it has returned to Ireland each winter.  However its pattern has changed over the years.
It has been spending less time in Sean Walsh Park each year.

My Park sightings of E5VA

I did not record it at all in 2016!  I know it has been in Dublin, as it has been recorded at the evening roost on the beach.  Fantastic to record it it back in the park- but how many times will I see it again this winter? 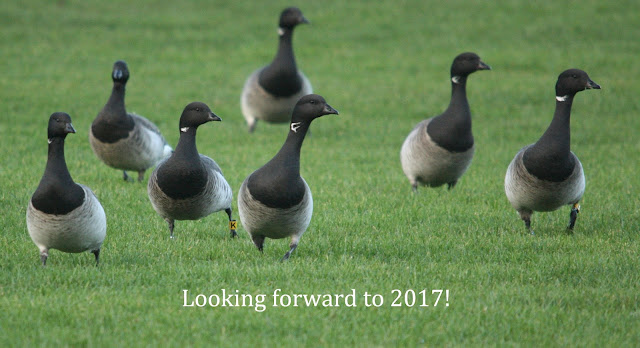