The number of Black Headed Gulls is up and down, perhaps they are passing through.  Only 1 metal ring in Sean Walsh Park today, but I don't often get them from Belgium!

When you see a flock of birds in the same location every day you could assume they are the same birds.  Reading rings has taught me that this assumption is incorrect.  There were 42 Med Gulls today and none of the 5 coloured ringed birds from yesterday were present.  There were 3 different coloured rings and AKAJ which was at Bulloch Harbour yesterday was in Dun Laoghaire today!  However, bird of the day goes to a CR Sandwich Tern.  Probably Scottish from near Aberdeen, I will wait for a reply. 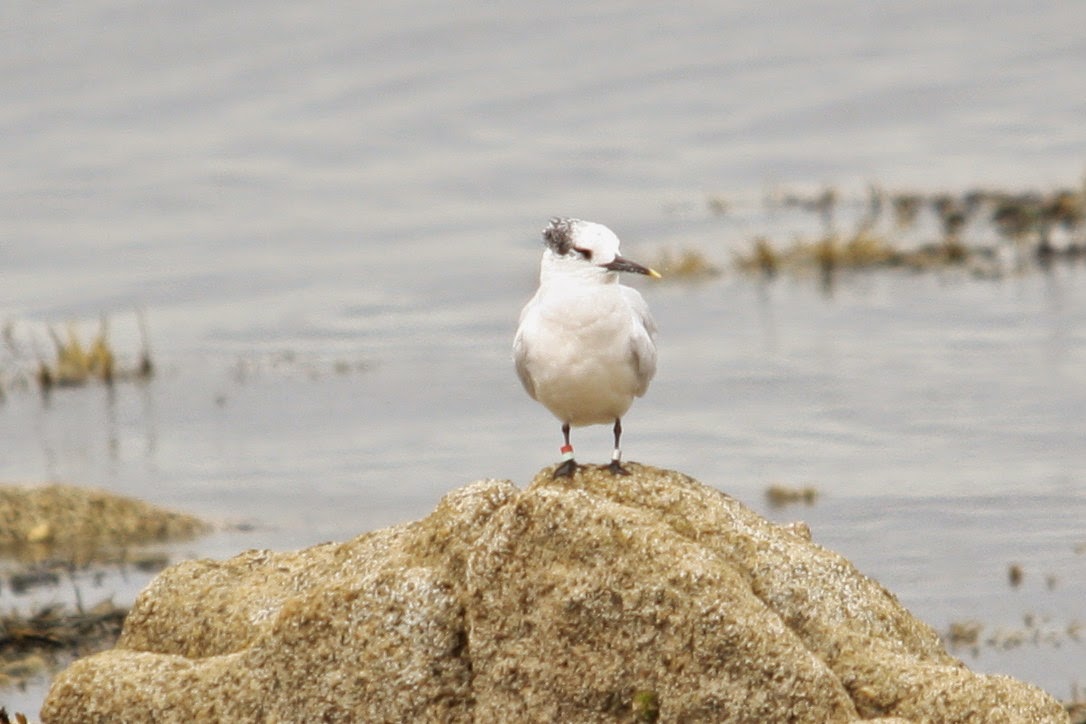 The last few weeks have produced no new rings in Tallaght so this morning I went to the coast to read a few Mediterranean Gulls.  There was a flock of 17 at the base of Dun Laoghaire East Pier with 5 coloured Rings!


I even had a quick trip to Bulloch Harbour and read 4 Great Black Backed Gulls and another colour ringed Mediterranean Gull!  The metal ringed Black Headed Gull I saw on August 9th was read again

Same route as last week end, Bullock and the Sandycove produced almost the exact same birds.  The only exception was I read a metal ring at Bulloch Harbour on a Black Headed Gull. 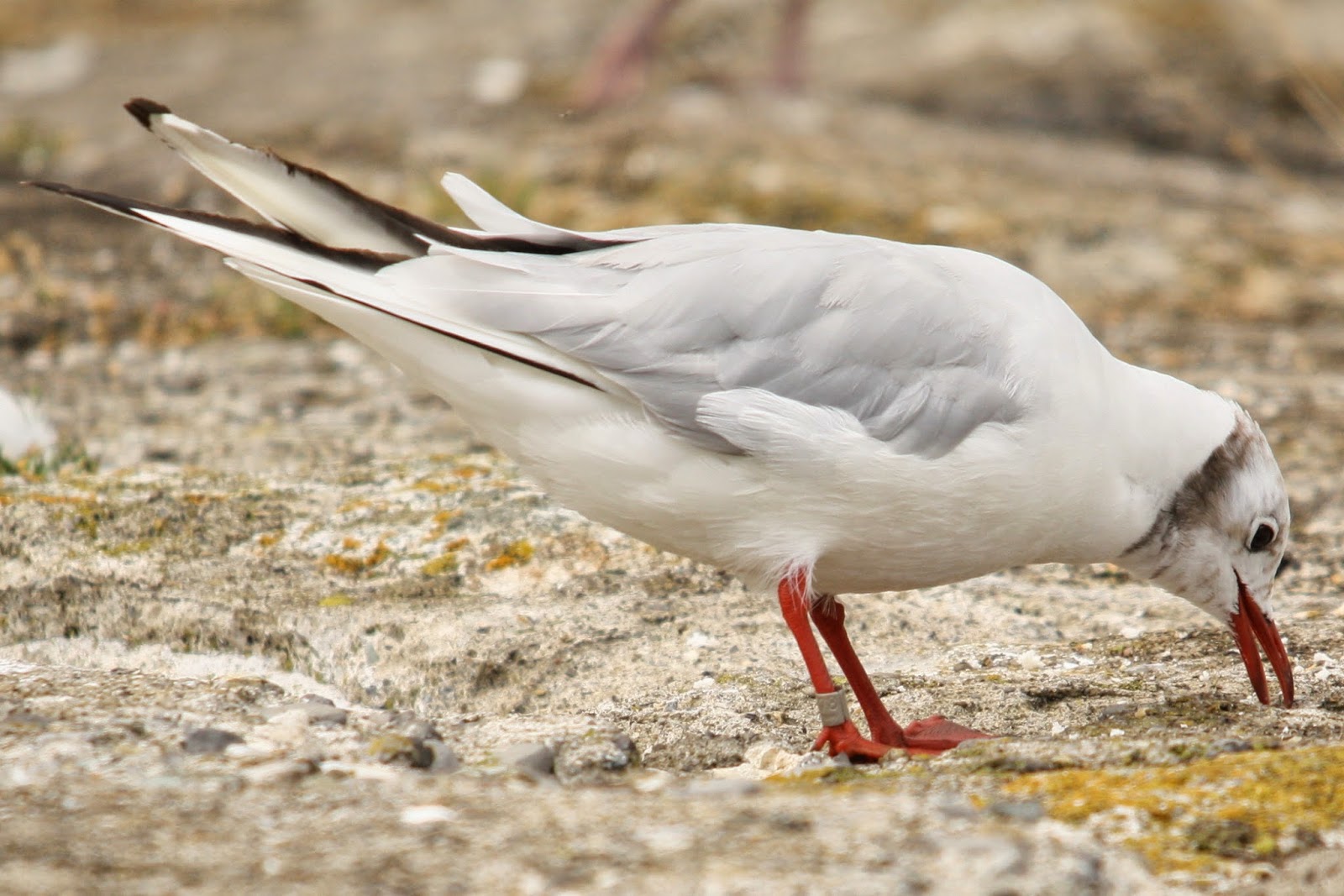 What is interesting is that although it is just another Black Headed Gull that I have read before at the exact same location.  It is the only metal ring I know somebody else had read in the field!  It was ringed in 2005 in the south of Sweden.

A damp misty morning which improved as it progressed.  The tide was very low and Bulloch only produced a single Great Black Backed with a Coloured Ring.  Again ringed in Dublin.  Sandycove had 20+ roosting Common Terns in with the Mediterranean Gulls..  Read 4 Mediterranean Gulls. 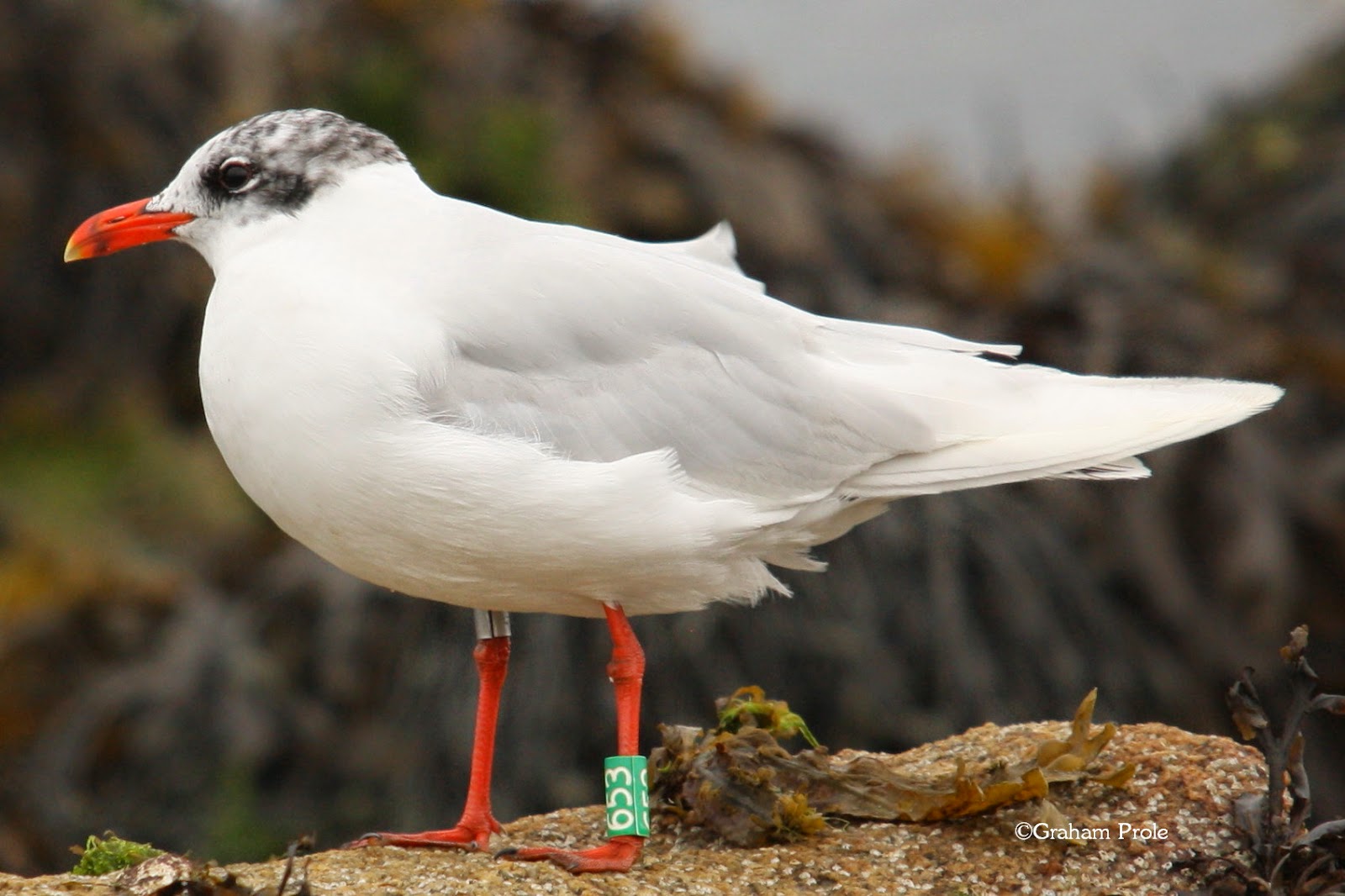 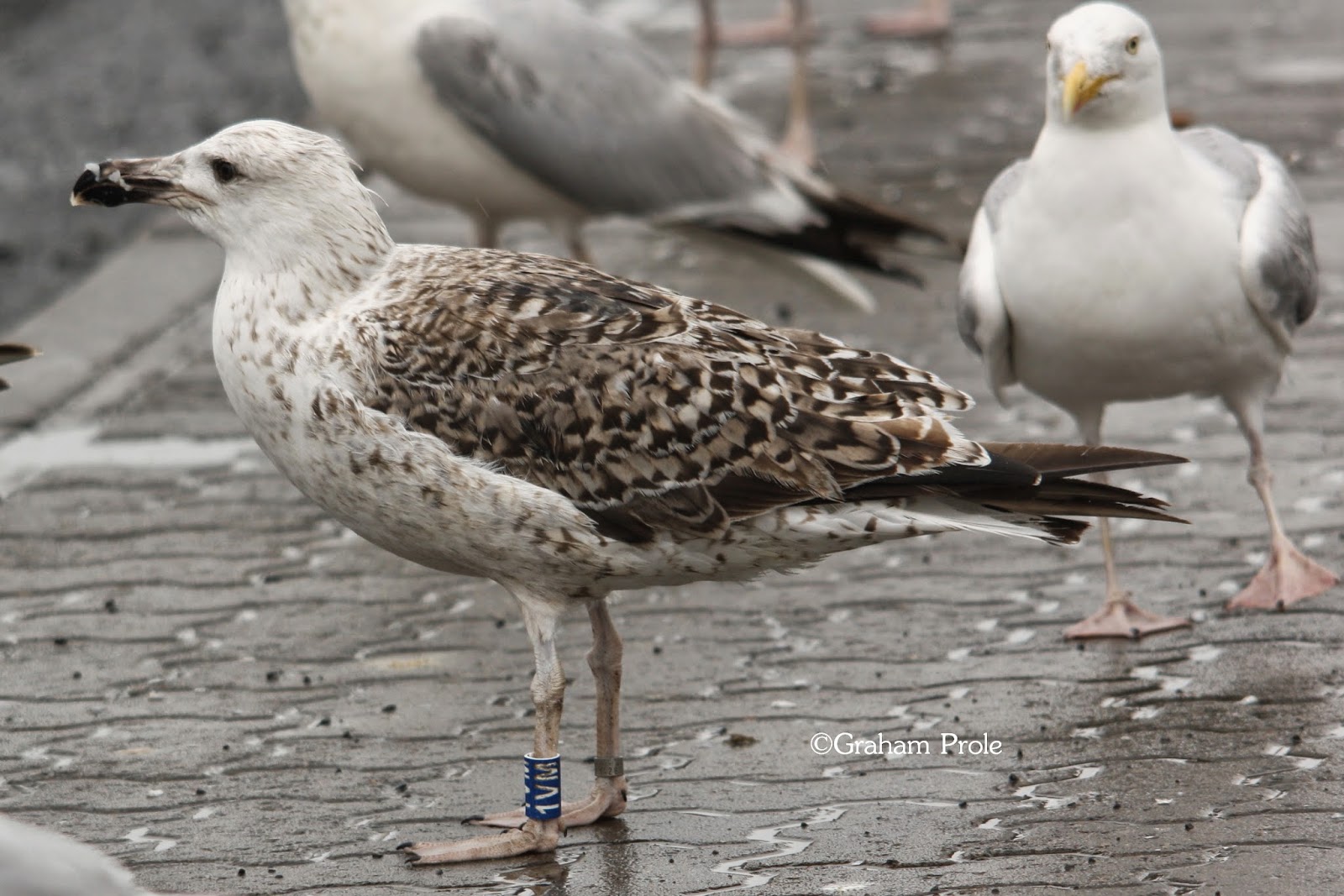 1VM was interesting as I had never seen it at Howth before. I had observed this individual at Bullock Harbour back in May 2014. 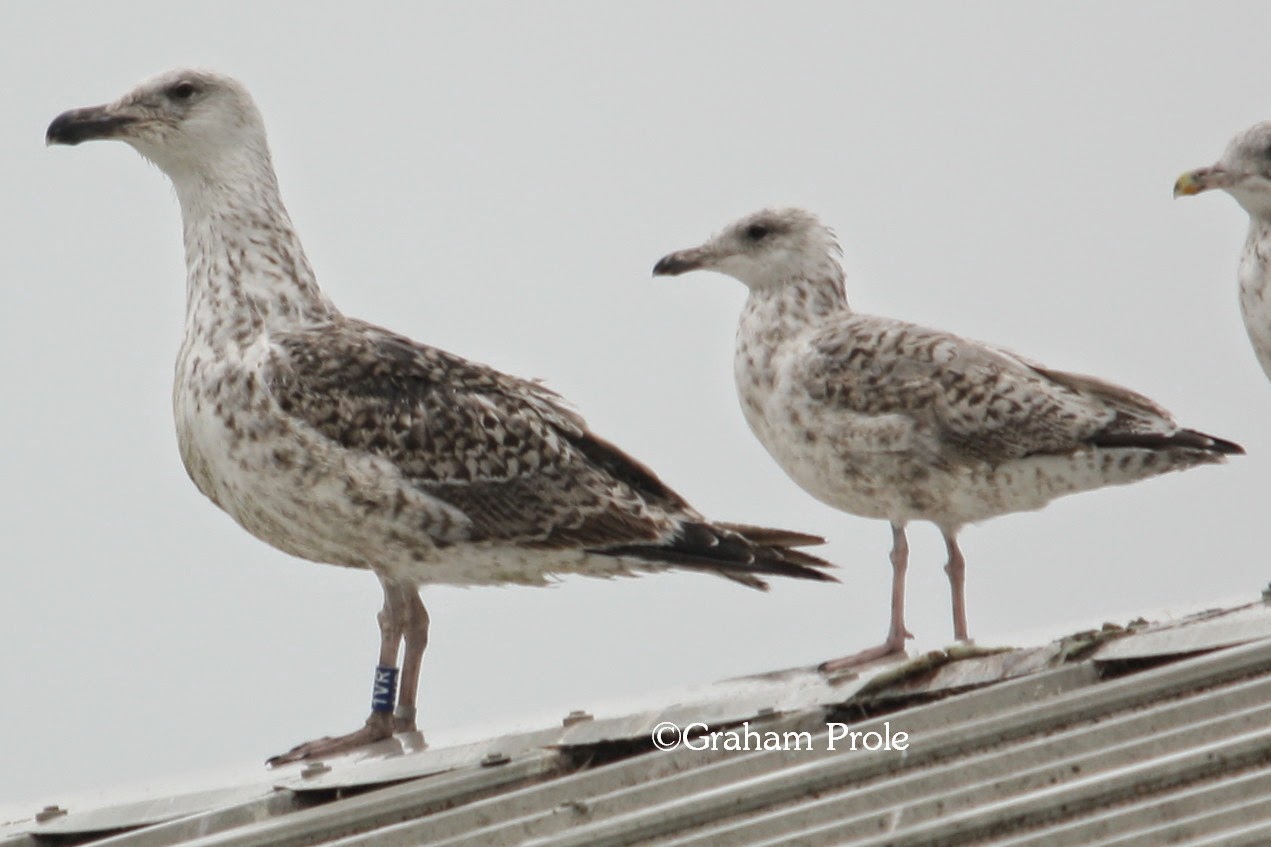 1VR is a regular at Howth, but the size of the Great Black Backed Gulls always impresses me. 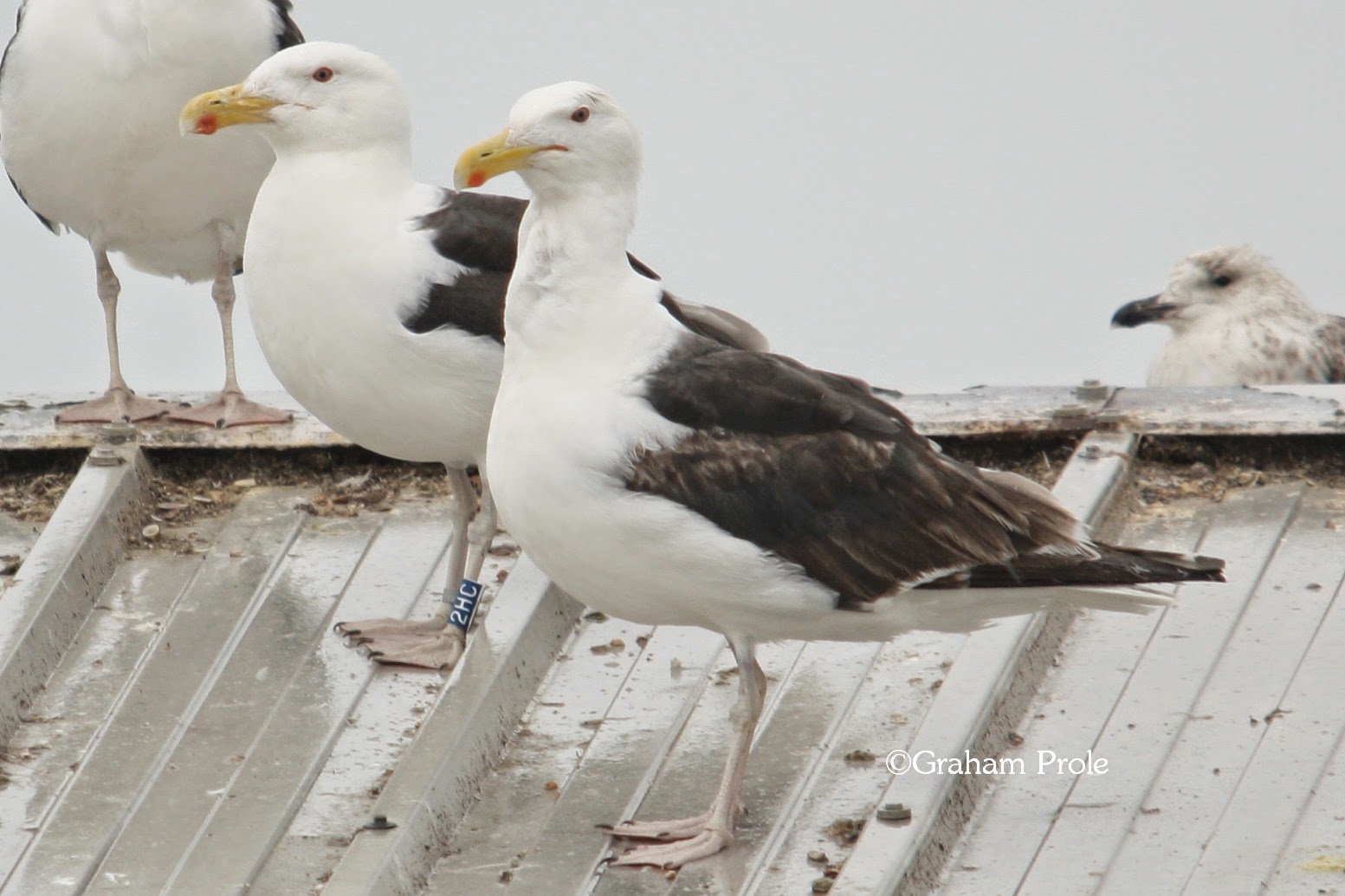 Posted by Graham Prole at 13:11 No comments: