Read 13 Swans at Portobello, early this morning - nothing startling although a couple I hadn't seen since they were ringed.  I traveled across the city to Bull Island to have a look for CR Waders.  I read some Brent Geese rings while I was looking through waders.  They were in the long Grass and when photographing Brent, it takes a lot of shots before you get each one with both rings showing!

Uning my car as a hide, I did see one Black tailed Godwit but it took off as soon as i had spotted it.  The record shot I think is inconclusive. It looks like RL Blue LL Orange over Green. 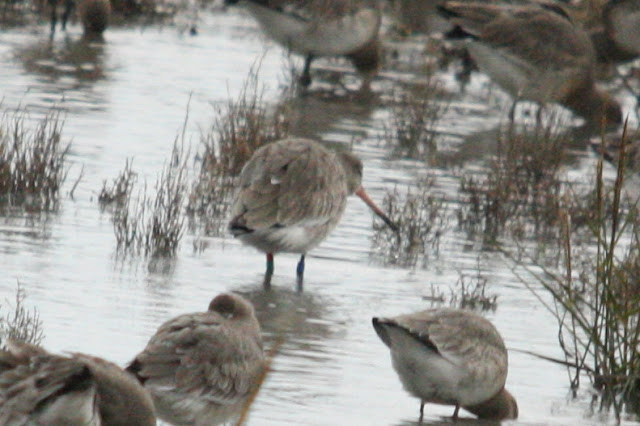 I read another 14 Swan rings at Broadmeadows before stopping at Fr Collins Park on the way home.  Bird of the day is this Norwegian Black Headed Gull,  Although annually a regular at this location, my first sighting this winter. 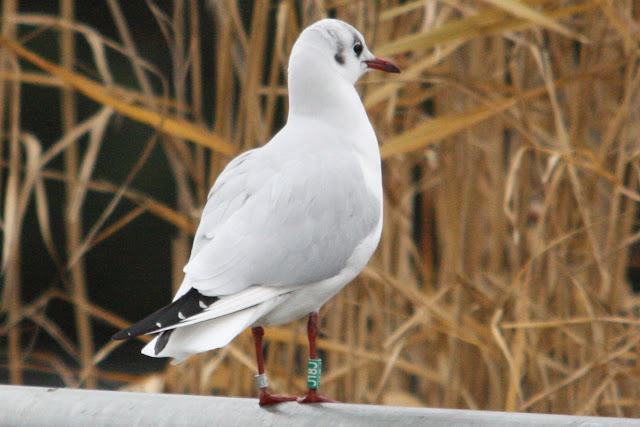 Reading Swans again today.  Some times it takes ages to read them, other times they are most obliging! Maganed to only read 14 today which is low by my standard - but I only had 30 minutes.

At Bullock Harbour there were plenty of Gulls, but only one coloured ring.  0JH was ringed in 2010 and was a regularly seen Herring Gull at this location, but I hadn't seen it since February 2016.

The weekend was spent reading Swan rings.  But I do keep a look out for CR Gulls or anything else with a coloured ring.  At Broadmeadows Estuary I did spot two Brent Geese with not only Coloured Rings but GPS Collars as well.

Sean Walsh Park has been very quite for rings this year.  But today a new juvenile appeared.  Blue 2L38.  It is my first from this project in the North West of England.  I have emailed off the details and await the reply 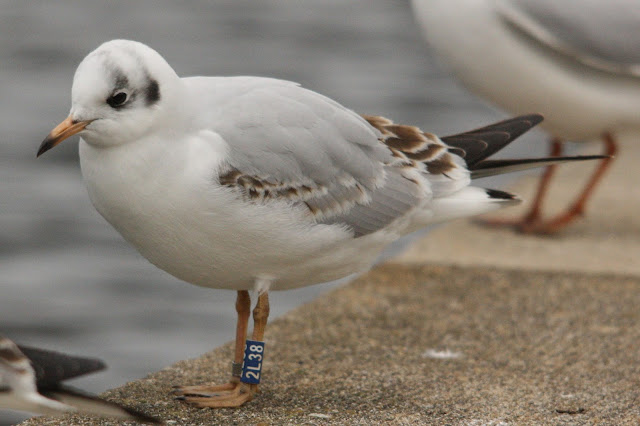 Today was the Northern Ireland Birdwatchers Conference at Oxford Island on Lough Neagh so a day without ring reading - almost.  At Lunch time I nipped around to Kinnego Marina to see if any of the Northern Ireland Black Headed Gull study birds were around.  We read 3 Coloured rings and a metal ring and back in time to hear about "Brexit, the uncertainty, threats and opportunities"! Once again a great conference.  My thank to the organisers.

I was away with my family so no birding - almost.  Driving along Salt Hill Prom in Galway I spotted a flock of Brent on the Beach.  I quickly pulled over and grabbed my Camera.  36 Brent and 1 with Coloured rings.  BYCX was in Strangford Lough in October and interestingly had gone to Galway last year as well. 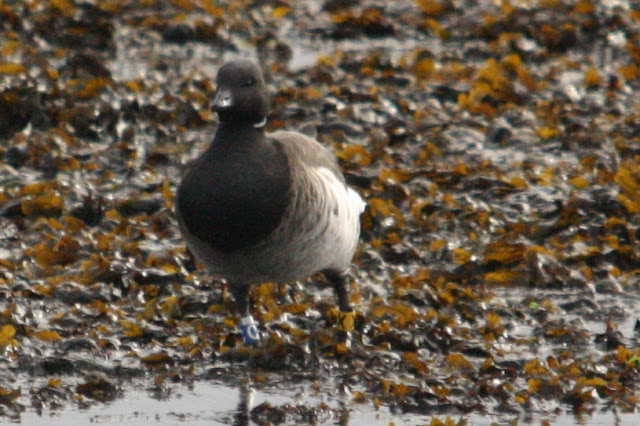 When I say no birding almost, we were heading into Galway to eat and happened to Park beside Nimmo's Pier (I was driving).  Quick scan of some Gulls and Camera out as a yellow ring spotted.
201H had been spotted over 50 times at this location before, but a first for me. 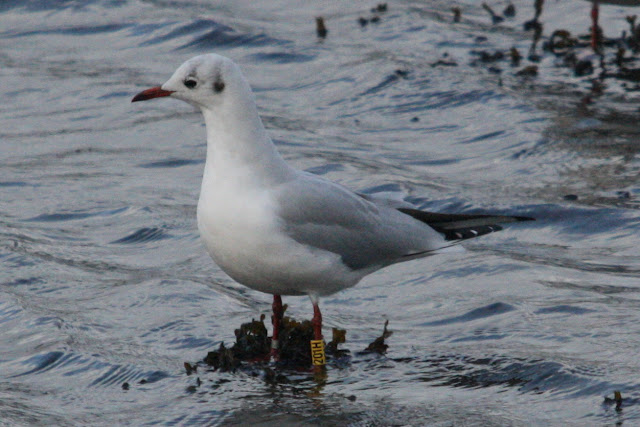 Posted by Graham Prole at 15:11 No comments: