Lots and lots of Black Headed Gulls in the park this week but the fine weather means a busy park!  No foreign coloured rings so far and even 27H0 only making a weekly appearance. 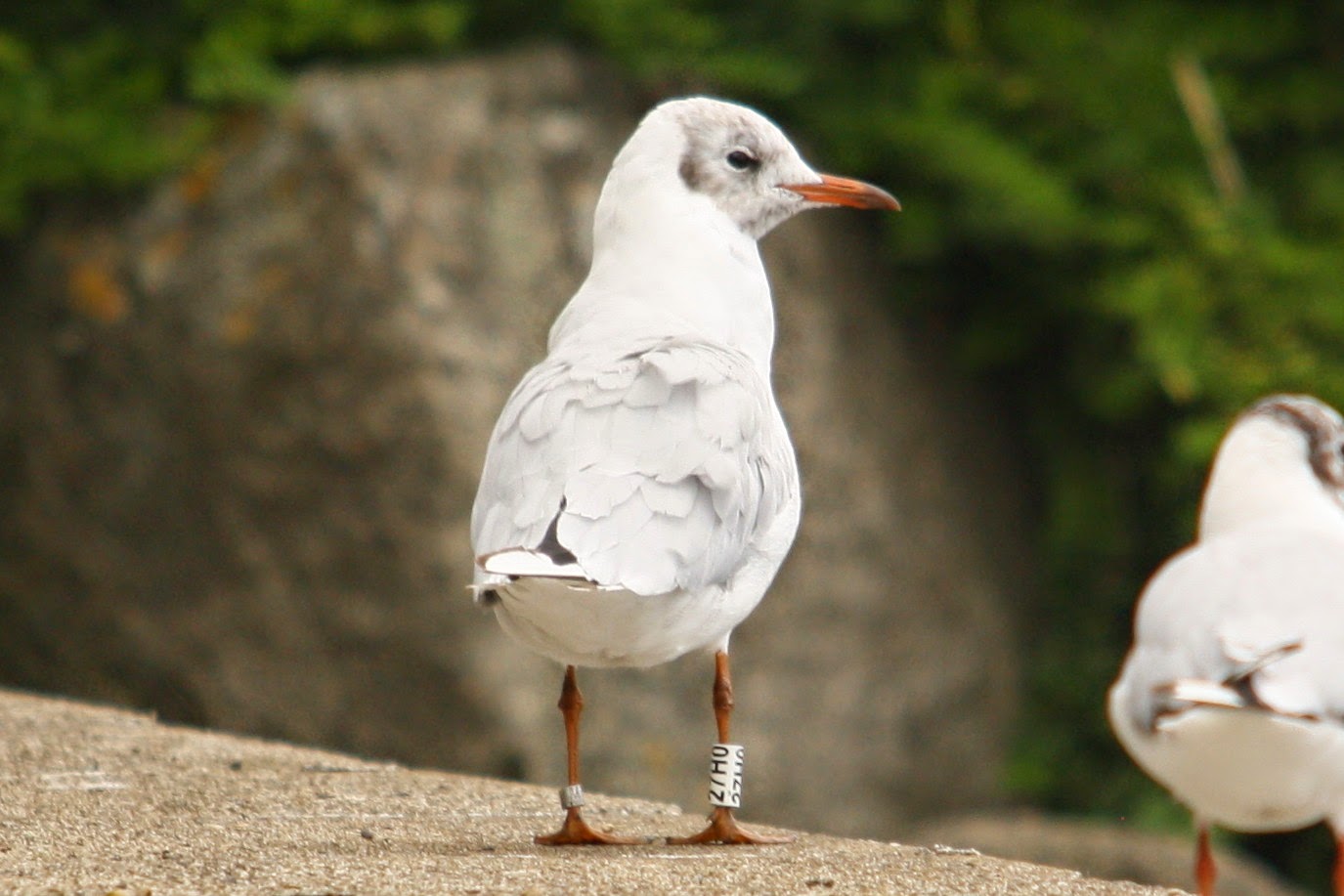 With no rings to read it gives me the chance to look at certain individuals in detail.  This "Herring Gull" was interesting.  Very worn feathers with what appeared to be some juvenile which would be moulting into 2nd summer, but the pale eye and coloured bill would suggest older, moulting into 3rd summer.  Conclusion: not a Herring Gull, but a well worn lesser Black Backed! 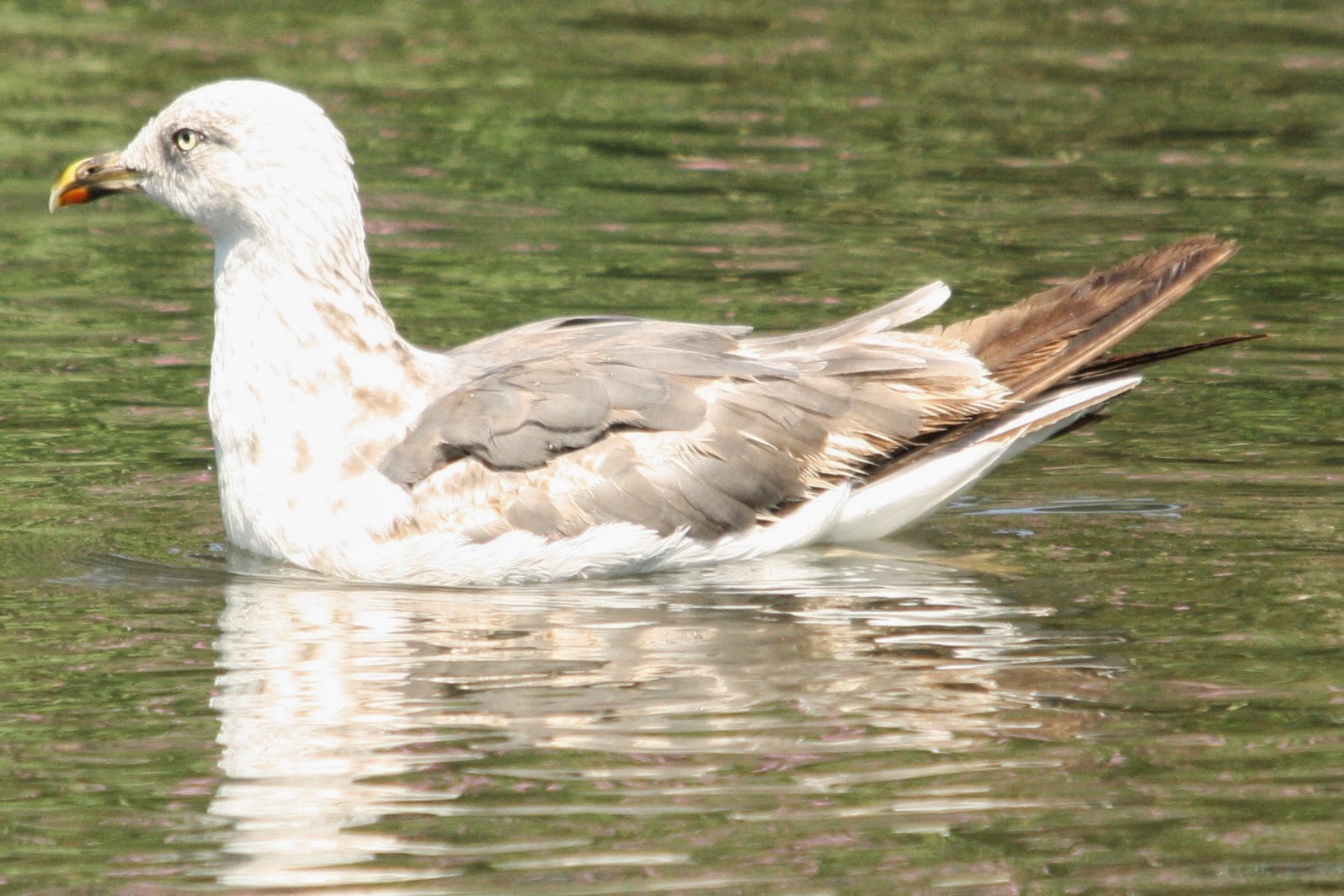 The parks of Tallaght have been quiet for rings.  I had a week in Kerry where in the fishing ports and at the Fish Factory in Renard Point I got no rings, not even a metal.  In Dublin there are meds around at the coast but none yet seen inland.

Although people do send me photos of coloured rings, usually so I can assist in finding the scheme, it is unusual for me to put them on my blog.  However, the following photo by Inta Kaulina is an exception.  This superb photo of a cormorant and young was taken last year on Ireland's Eye.  The reason I posted it is I didn't know the scheme.  It was ringed in June 2013 by TK. Photo taken in August 2013. 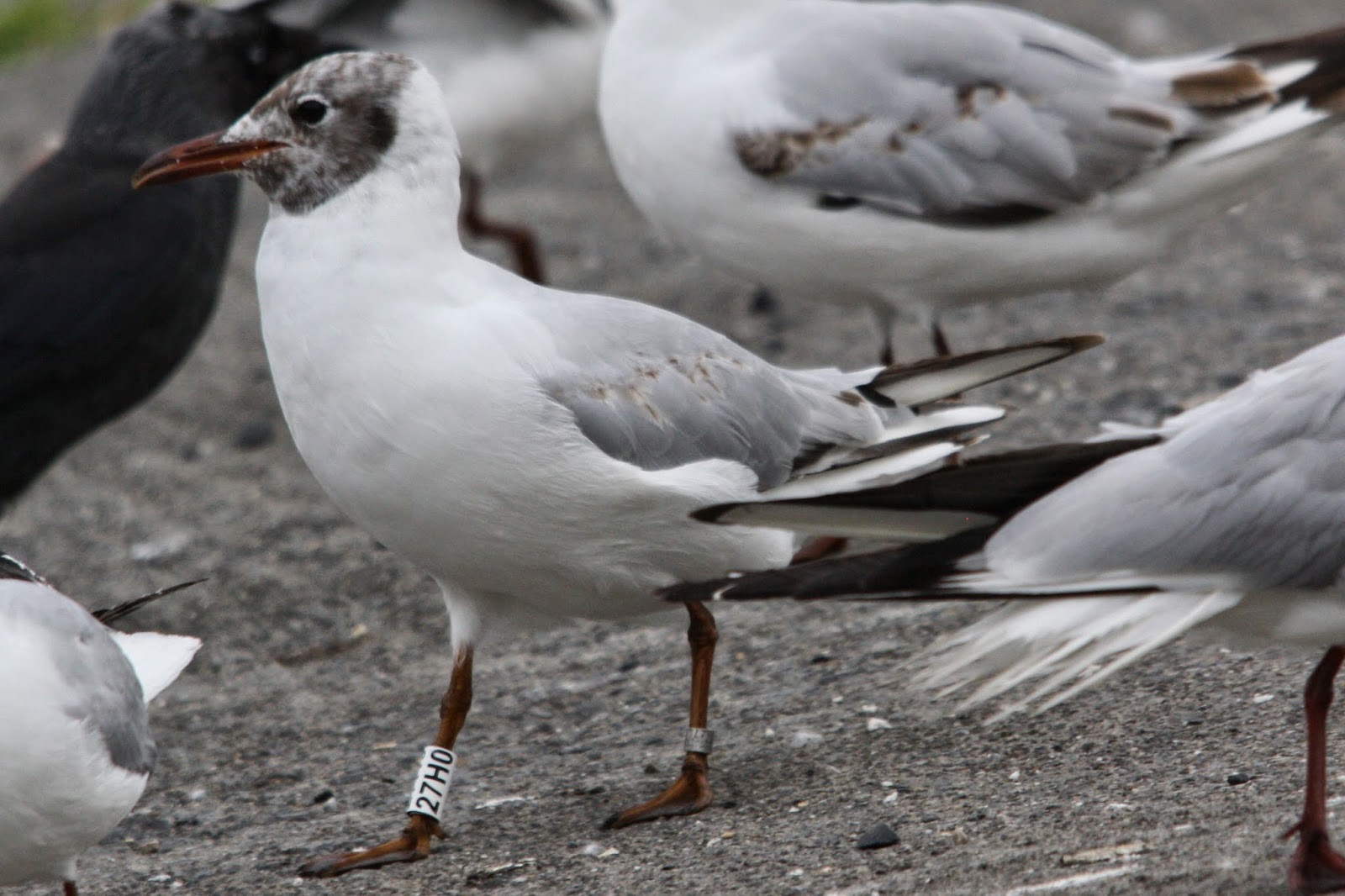 With no coloured rings in Tallaght yet, I started looking out for metals.  Three Black Headed Gulls with metal rings in Sean Walsh Park today.  I managed to read one!

The ring is a BTO London Museum, so I'll send off the report and see where it came from.  Reply received 17.09.2014.  It was ringed on Goat Island Lough Mask by the Muster Ringing Group.  I didn't ever know there was a Munster Ringing Group!  They do have a good website now I know they exist! 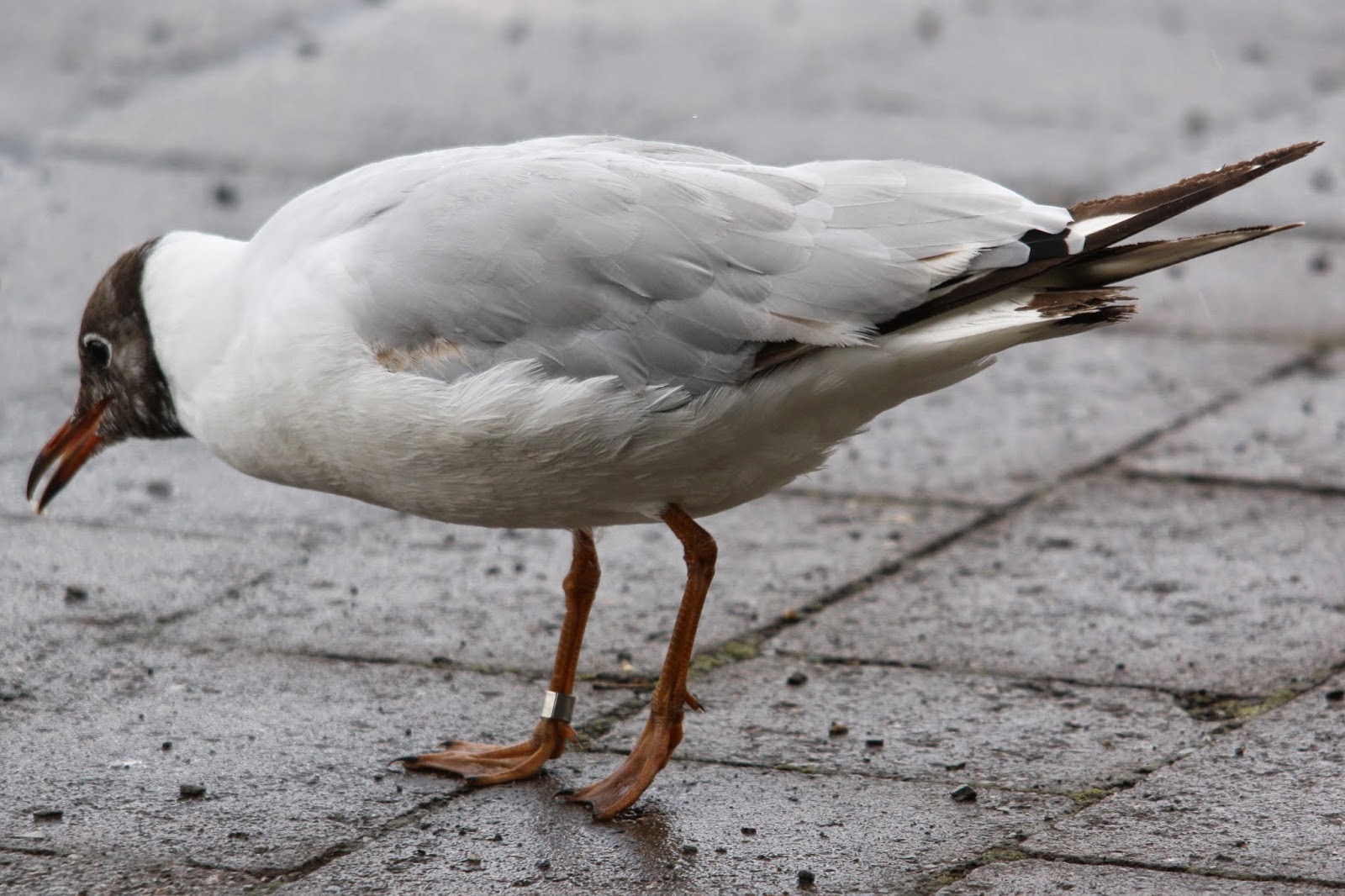 Although a few Mediterranean Gulls have started appearing inland at the parks of Tallaght and reasonable numbers of Black Headed Gulls have started returning, no coloured rings yet.  I took a quick trip to the coast to the Forty Foot in Sandycove and also stopped at Bulloch Harbour.  The two sites are always good for a few rings when nothing is happening inland!

Posted by Graham Prole at 05:33 No comments: