Early morning at Howth Harbour allowed me read 10 Rings.  Nine Blue Darvic rings from Irelands Eye and a metal ring.  The Metal ring details I will send off to BTO in London.

It is nice to photograph a gull with its wings out, this one is just landing .

I am still seeing Great Black Backed Gulls for the first time.  This one is 4 year old and this is the first time I have seen it!
This Herring Gull is in full adult plumage, but if you look at September 1st photo of the same individual, the last of it's juvenile feathers are still visible.

A quiet week with regard to Coloured rings, but not for the lack of trying. Today I tried Bullock Harbour.  Among the Great Black Backed Gulls were 4 with Irelands Eye Blue Darvic Rings.  2KU was ringed in 2009 and I have seen it at both Howth and Bullock Harbour.  The other 3 were younger including this Great Black Backed Gull that was ringed this summer.

Early morning to Bullock Harbour proved very fruitful.  There were 6 GBBGU and 1 HERGU with blue rings from Ireland's Eye recorded, before a domestic cat disturbed them all!

Equally successful was Sandycove with two Mediterranean Gull rings read. One of which I hadn't seen this year.
On the way home the Royal College of Surgeons gave me two more rings a Great Black Backed Gull  and another Mediterranean Gull.

In Ballymount Park in the afternoon there were 18 Mute Swans.  Couldn't see a ring on any of them.

Bray Harbour  with the boys this morning and a good scattering of Gulls.  One Norwegian Black Headed Gull.  This time, it is in a place that is well monitored by birders and even though it is a 2011 gull, there are almost 100 sightings of this individual on the Norwegian website.
Also read some Swan Rings because they were there! One number was unusual as it didn't begin with W2.  I will have to wait and see if it is slightly older or ringed elsewhere on the coast.

Sean Walsh Park is turning up a variety of metal rings on Black Headed Gulls. Today there were another two read.
ES45066 from Norfolk in the UK.  Was a regular in Sean Walsh Park last year as well.

EY19505.  This is the first time I am happy with the code.  Was also there last week.  I will have to wait and see where this bird was ringed

Apart from 27H0 every day, two metal rings, 1 from Sweden, (always so easy to read) and another BTO. In fact the BTO ring I had read in September but wasn't certain about a digit.
Got the report back today on Black Headed Gull, Black[R47S] I had seen at the Malahide Estuary last month.  It was ringed in Calais last year and again in the exact words "Many thanks for the first sighting of Black R47S".  If you look at the photo (September 15th) it is a full adult so it must have been ringed as an adult.
New mallard in the park!, I assume a unmarked light blue ring is probably a private collection escape. 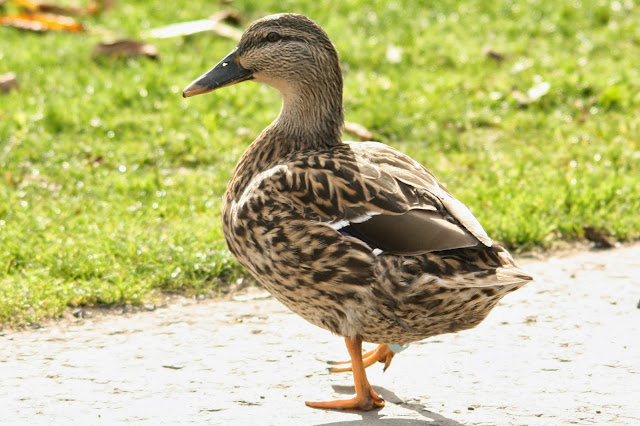 Only one coloured ring today, Black Headed Gull 27H0 again!  Great to have a regular.

Received 10 reports today from BTO on metal rings I had read recently.  Because BTO only give you the ringing date, re-sightings are identical to first sighting reports as far as information goes.
SO WHAT WAS INTERESTING IN THE BTO REPORTS TODAY?
Most of the Swans at Malahide Estuary were ringed there but -

Mute Swan W27899 was ringed in Bray Harbour in 2010 as a 2nd year female.  Bray Harbour has a large creche of immature Mute Swans.  However this Swan has moved location, as I had seen it at Malahide Estuary.

Mute Swan X3789 was ringed in 2006 at Broad Lough, Co Wicklow by R Collins (who I haven't come accross before) as at least a 2 year old male.  It too had moved to the Malahide Estuary.  This is the Swan which had the White Darvic 5PT.  I have't heard back from CR Ringing if they know who put the Darvic Ring on. I may yet get more information on the movement of this bird. 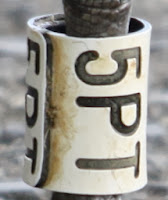 I don't know if anyone else reads Mute Swan metal rings!  I must go to the other two creches - The Grand Canal and Ballymount Park and see if any are ringed and where they were ringed. (Fresh water v Salt water)


Out with my boys in Bullock Harbour this morning and nothing to report. At the Forty Foot in Sandycove there were 28 Med Gulls and eventually one sat up - Green[330]. 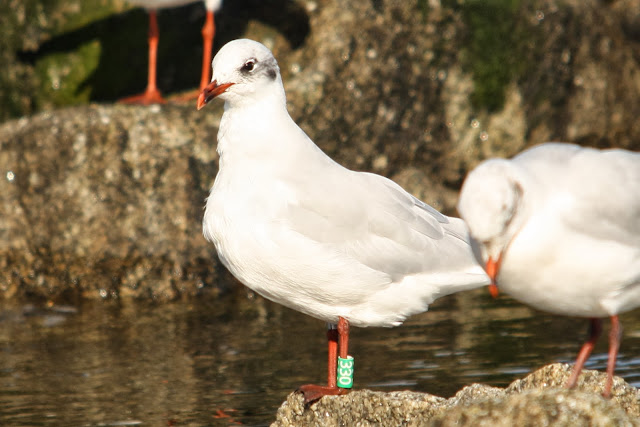 In the afternoon I went back to Bullock Harbour, but only three Irelands Eye rings.  Again what surprised me was only one was noted by my self previously - 3HC and 2 were new to me.  It never ceases to amaze me that the gulls at Bullock Harbour every day are not the same gulls, but continually change!  They were all far out so the photograph quality is not my norm! 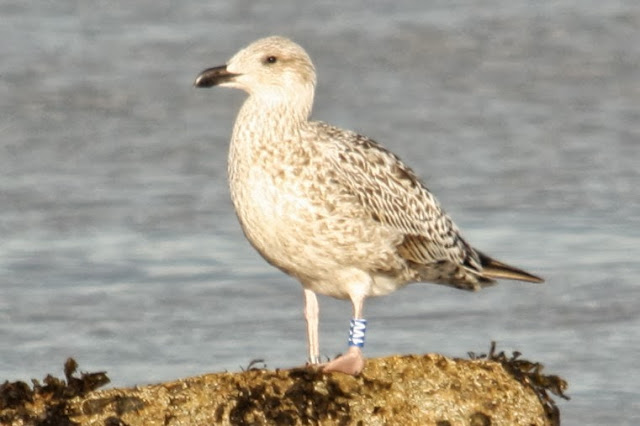 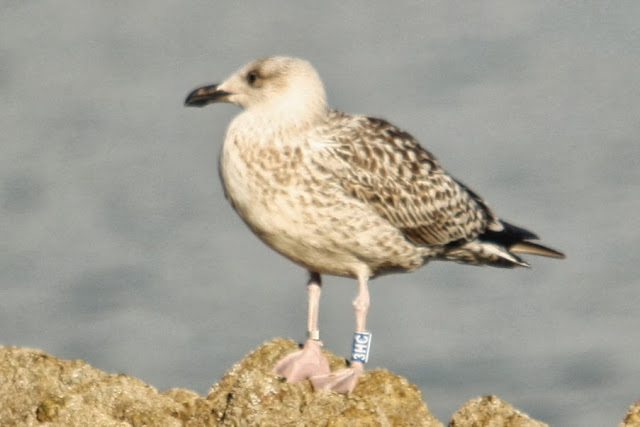 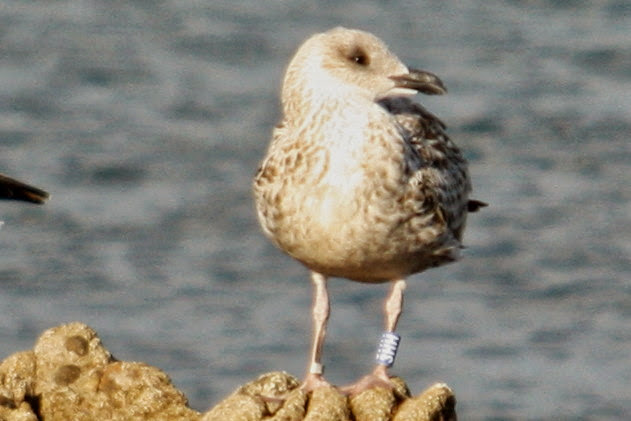 Not a lot seen yet this month, but not for the want of trying.  27H0 was present every day in Sean Walsh Park but E5VA has gone missing.  I have been scanning flocks all over the area but yet to locate his new area. 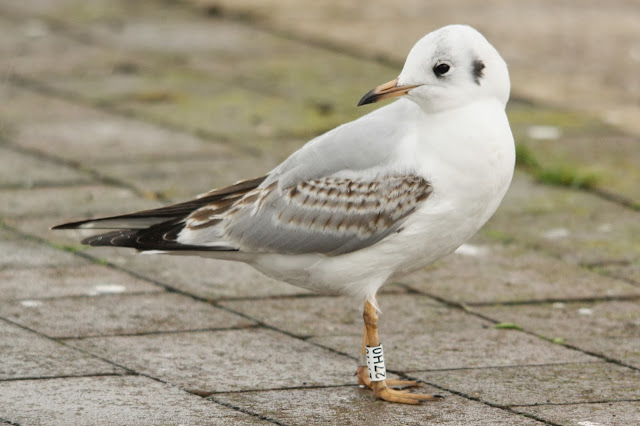